Stephen King is one of the prolific and popular authors in history. He is known for his fantastic writing in suspense, crime, horror, supernatural fiction, fantasy, and science fiction novels. Over 350 million copies of his books are sold. King has 61 published novels, among which seven are under the pen name Richard Bachman. Many of his novels have been adapted for television series, films, comic books, and miniseries.

King has received many awards including World Fantasy Awards, British Fantasy Society, and Bram Stoker Awards. He is also awarded the Medal for Distinguished Contribution to American Letters by the National Book Foundation. King received the World Fantasy Award for Life Achievement in 2004, The Grand Master Award in 2007 from the Mystery Writers of America, and many more. He is said to be the King of Horror, and his writings influenced pop culture.

The upcoming miniseries, The Stand is also adapted from King’s novel and is set to debut in December. In this article, we will try to list down some best novels by Stephen King that will be a fantastic choice to take to the big screen. 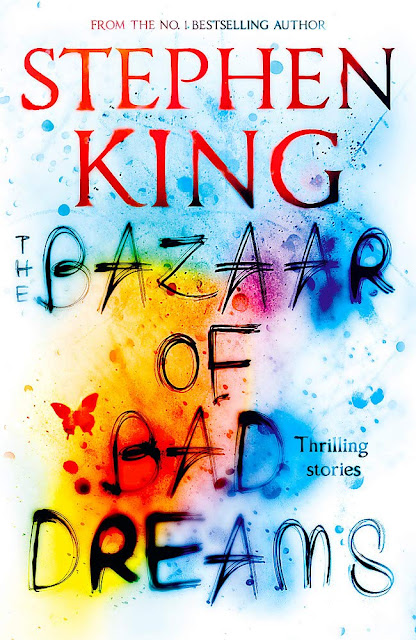 The 2015 King’s frightening short story anthology, The Bazaar of Bad Dreams raised a complicated ethical question among its readers, including, is the murder of the child justifies? When Leonard Bradly visits the client and convicted the child murderer George Hallas, he is expecting a confession.

The Bazaar of Bad Dreams is the English version of the novel Bad Little Kid, which King wrote and initially published in French and German as an electronic version.

Home Delivery is a short story based on zombies written by American writer Stephen King. The story was published in Book of the Dead in 1989 and later included in the collection of short stories titled, Nightmares & Dreamscapes in 1993.

The plot revolves around an indecisive and time young woman, Maddie Pace, who lives on a small island named Gennesault. Maddie recently lost her husband in an accident, and she is also pregnant. The story then grows from there, which leads to a zombie outbreak. It is a story of how the zombie apocalypse affects the small community off the coast of Maine.

The novel is adapted into an animated short story produced by Guillermo del Toro and screened at RiverRun International Film Festival. The story got a good reception from George Beahm, and he said that King wrote the characters with sympathy and considerable skill.

I Am The Doorway

I Am the Doorway is a short science fiction by American author Stephen King published in March 1971. The book was later issued in Cavalier magazine and collected in the collection of King’s short stories Night Shift in 1978.

The story relates to a disabled former astronaut and some terrible changes he underwent due to the exposure to extraterrestrial mutagens, during a space mission to Venus. The narrator, Arthur, starts the story with a bandage on his hands and complaining about the itching. It further changes into numerous tiny eyeballs which is a doorway for alien spies and allows them to look into our world.

Robin Kasparik obtained the rights to adapt King’s short story into a short film in 2009. Later in 2015, Matthew J. Rowney produced the movie Dollar Baby, which was also an adaptation of this novel.

Insomnia is a fantasy horror novel published in 1994. The story is set in the fictional town of Derry, Maine like Dreamcatcher and It. The novel also has connections with other King’s novels, notably The Dark Tower.

The plot follows Retiree Ralph Robert’s encounters with the good-natured acquaintance Ed Deepneau. When Ralph meets Ed’s wife, Helen who has been beaten by her husband and hence signed a petition.

Insomnia is King’s uncanny ability to connect with universal implications. It drew conflicts between forces of the multiverse, and Robert’s knowledge about death, life, and reality. And in the hand of incredible director Guillermo del Toro, the novel is in the right hands for spectacle visual experience.

The novel The Plant is conceived as a Christmas card for friends. Stephen King published the first part of the novel as the unfinished story and then published the second and third installments in 1982 and 1985.

The novella was also published as an ebook on King’s website in 2000 and charged a dollar for reading a chapter. The idea, although failed miserably. The story of The Plant is about a publishing house who gets a strange manuscript with some disturbing photographs. And after informing the incident to the police, the editor received a weird plant from the author. The Plant is a fantastic story to be adapted as TV miniseries and the movies.

The above are some of Stephen King’s novels that can be adapted for digital platforms or big screens.