Starz is a premium streaming platform that has tons of fantastic movies and TV shows available on it. You can find films and TV shows from various genres available on this platform, and the best part is that the list keeps getting refreshed as the new movies keep coming on the platform. However, all these many options on a single platform might confuse you about what to watch, so we have got you covered. In this article, we have listed the best new movies on Starz. Let’s scroll down and find the best picks for you.

Once Upon A Time…In Hollywood

Once Upon A Time…In Hollywood is one of the latest blockbusters to watch on Starz. Leonardo DiCaprio (Rick Dalton), Brad Pitt (Cliff Booth), Margot Robbie (Sharon Tate), and Dakota Fanning (Squeaky) are starring in this film. Quentin Tarantino has directed this story of a washed-out actor and his stunt double trying to regain fame and money in Hollywood in the 1960s. This film has received an IMDb rating of 7.6. A strong star cast with a fantastic direction certainly makes this movie worth watching. 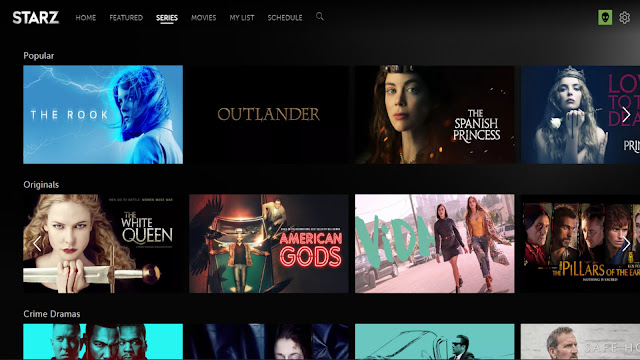 Zombieland: Double Tap is an excellent movie directed by Ruben Fleischer. This film involves a lot of comedy and action and adventure at the top. The film witnesses the survivors of Zombieland, Tallahassee, Columbus, Wichita, and Little Rock, going on a mission to eliminate evolving zombies. Emma Stone (Wichita), Abigail Breslin (Little Rock), Woody Harrelson (Tallahassee), and Jesse Eisenberg are starring in this film. Zombieland: Double Tap has received an IMDb rating of 6.7.

Bad Boys For Life is a dose of action and comedy brought to you by Bilall Fallah and Adil El Arbi. This film is the story of Detectives Mike Lowrey and Marcus Burnett, who join Miami Police Department’s special team AMMO against a drug dealer Armando, who wants to kill Mike at his mother’s order. Will Smith (Detective Mike Lowrey), Martin Lawrence (Marcus Burnett), Vanessa Hudgens (Kelly), and Alexander Ludwig (Dorn) are starring in this film. This film has received an IMDb rating of 6.6.

Spider-Man: Far From Home is probably the best thing to watch on Starz for the character’s fans. The film’s story is around the same famous name of Spider-Man, Peter Parker, who faces four monsters during his holidays in Europe, and there he is helped by Mysterio, a superhero whose origin is not yet known. Jon Watts has directed this film while Tom Holland, Zendaya (Michelle “MJ” Jones), Jake Gyllenhaal (Mysterio), and Jacob Batalon are starring in this film. This film has received an IMDb rating of 7.5.

Titanic is one of the best romantic movies ever created, and if it is there in the library, it has to be among the best. This beautiful film is the story of Jack and Rose, who fall in love with each other on a ship that will meet a tragic end. Leonardo DiCaprio (Jack Dawson), Kate Winslet (Rose DeWitt Bukater), Billy Zane (Caledon Hockley), and Kathy Bates (Margaret Brown) are starring in this film. James Cameron has directed this film, and it has received an IMDb rating of 7.8.

Starz has a rich collection of movies and TV shows. This article lists the best newly added movies on Starz, which you can watch to have a great time.