Daniel Cudmore has made a good name for himself by working in many Hollywood movies and TV shows. This Canadian actor is known for his role as the superhero Peter Rasputin / Colossus in the X-Men film series. He has also earned a lot of fame for playing the role of Volturi Felix in The Twilight Saga film series. His performance has been a great strength of many movies and series he has performed in, and they are just good enough to gain more fans for him. In this article, we have listed the best of Daniel Cudmore’s movies and TV shows which you will not want to miss watching. Let’s scroll down and find the top picks for you.

Fringe is a famous American sci-fi series that has five seasons. Daniel Cudmore made his appearance as a guest in this series but impressed everyone enough to open more opportunities for him. Fringe is an FBI special agent Olivia Dunham who has to work with a mad scientist, Walter Bishop, to investigate some unpredictable and astonishing incidents. Other than Daniel Cudmore, Anna Torv (Olivia Dunham), John Noble (Walter Bishop), Joshua Jackson (Peter Bishop), and Jasika Nicole (Astrid Farnsworth) are starring in this series. This film has received an IMDb rating of 8.4. 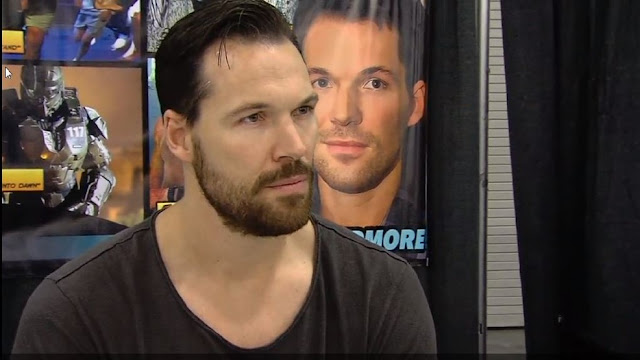 X-Men: Days Of Future Past

X-Men: Days Of Future Past is one of the greatest X-Men films, and it features one of the most influential roles of Daniel Cudmore. In this film, Daniel Cudmore plays Colossus and is seen in action scenes many times throughout the film. Along with him, Jennifer Lawrence (Mystique), Hugh Jackman (Wolverine), James McAvoy (Professor X), and Michael Fassbender (Magneto) are starring in this film. The film witnesses Wolverine traveling back in time to stop Mystique from assassinating Bolivar Trask. Bryan Singer has directed this film. This film has received an IMDb rating of 7.9.

Fresh Off The Boat

Fresh Off The Boat is an American sitcom of 6 seasons where Daniel Cudmore plays a gym teacher in an episode. His domineering physicality made him a perfect choice to play the gym trainer, while it also gave him a chance to bring out his comical abilities. This TV show revolves around a Taiwanese immigrant family in the 1990s trying to fit in American society. Constance Wu (Jessica Huang), Randall Park (Louis Huang), and Hudson Yang (Eddie Huang) have played important characters in the series. This series has received an IMDb rating of 7.8.

The Magicians is a famous American series full of fantasy. Daniel Cudmore got to play a small role in the series in the second episode of the series’s fourth season. This series revolves around Quentin and a group of friends sent to learn magic at Brakebills, a secret magic school. However, they soon learn about the threats that school is going to cause to humanity. Olivia Dudley (Alice Quinn), Hale Appleman (Eliot Waugh), Stella Maeve (Julia Wicker), and Summer Bishil (Margo Hanson) are starring in this series. This series has received an IMDb rating of 7.6.

X-Men 2 is the film from which Daniel Cudmore made his debut in Hollywood. He played the role of Piotr Rasputin, also known as Colossus, who could turn his body into metal. Hugh Jackman (Wolverine), Rebecca Romijn (Mystique), Ian McKellen (Magneto), and Halle Berry (Storm) are starring in this film. Directed by Bryan Singer, this film witnesses struggle among people with superpowers. This film is rated at 7.4 on IMDb.

Daniel Cudmore has earned an excellent reputation in the film industry by doing small but effective roles. In this article, we have listed the best of Daniel Cudmore’s movies and TV shows that you can watch to get acquainted with this actor’s talent. You will have a great time watching these movies and series.

Source:-  These Are the Best Daniel Cudmore’s Movies and TV Shows You Should Watch These Are the Best New Movies on Starz
Jujutsu Kaisen: Yuji Itadori’s Abnormal Physiology
These Are the Best Fitbit Fitness Trackers and Smartwatches You Can Buy Today
Comment on this post
Newsletter
Follow me
Search
my blogs