Often anime fans get to witness their favorite Anime getting the recognition it deserves. Apart from the frequent awareness listing in Asian countries, which is a great thing as well, Anime is a highly underrated entertainment medium and often the most overlooked one.

But recently, or to be more specific, in the last five years, Japanese Anime started getting the recognition it sincerely deserves. The biggest newspaper and online news medium, The New York Times, shared the best TV shows of 2020 and included the hit anime series Keep Your Hands Off Eizouken!

How did “Keep Your Hands Off Eizouken!” make it to the list?

In 2020, anime fans were blessed with new TV series and sequels to previous anime series. Among the new ones, Keep Your Hands Off, Eizouken! was selected for the best TV shows of 2020 by The New York Times. 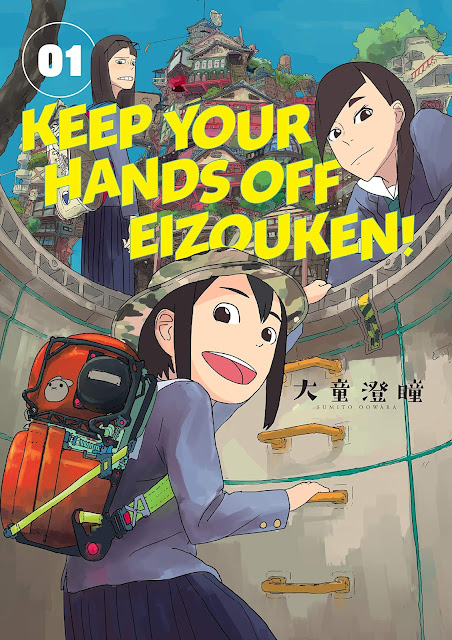 Sumito Ōwara, writer and illustrator of Keep Your Hands Off Eizouken!, didn’t hold back while writing the manga, and he purposely highlighted the struggles of Asakusa Midori, Kanamori Sayaka, and Kanamori Sayaka’s in their attempts of creating their own Anime show against school teachers and student council members.

Each of the trio expertise in one or the other core areas of animation, and regardless of their differences, these three highschool girls fight for their dream against society, school, and their personal odds.

While the story is inspiring, and the characters are relatable, it is not far from the truth that Keeps Your Hands Off Eizouken! is a masterpiece of its own.

The character’s feelings and spirit make the show enjoyable. Their continuous failure and their stupidly high optimism keep the flow steady throughout the series without boring the audiences.

The animation industry is often overlooked despite how much time and energy animators put into animating 1 second of series. Keep Your Hands Off, Eizouken! rightfully brought the issue to the table of how exhausting being an animator can be, and no matter who you are and where you are from, every inspiring anime creator has to go through the same hard labor of sketching, writing, music, and promoting their blood and sweat to get recognition in the industry.

If you don’t know about Keep Your Hands Off Eizouken! , then the easiest way to know about it is to watch it on Crunchyroll or visit the official website. Everyone can take out key points from the Anime, and if you are one of the great ones, you might even find your inspiration from it. This goofy and inspiring journey is full of comedy, learning, exploring, and living it up to your full potential while making the best of your youth to succeed in life.

Source:-   The New York Times Includes Keep Your Hands Off Eizouken! To The Top Shows in 2020 List How Many Levels Required to Reach End Credits in Spelunky 2?
Jujutsu Kaisen: The rise of Mahito and his strange powers
Here’s How You Can Use the Tablet Mode on Windows 10
Comment on this post
Newsletter
Follow me
Search
my blogs