Michael Shamberg Speaks On How The Cinema Business

American movie producer and former Time-Life correspondent Michael Shamberg shared his views on the effects of COVID-19 on the theatrical business.

The producer was involved in different projects like Erin Brockovich, A Fish Called Wanda, Garden State, Gattaca, Pulp Fiction, and The Big Chill. He is connected with many production companies, Jersey Films, with Stacey Sher and Danny DeVito, and in 2015 Shamberg collaborated with Double Feature Movies with Stacey Sher.

A week ago, when Warner Bros. announced that the studio would release some of its big-budget projects in 2021 on HBO Max and in theatres on the same day, the industry was shocked by the decision. Almost the whole of Hollywood sensed that the announcement could change the movie-going culture forever. Disney, one of the industry leaders who have captured 40% of the United States box office, said that theatres are the “legacy medium.” If theatres could not again stand up on their feet, then the tradition of cinema as an art form will die, and the announcement would result as the final nail of the coffin. The studio added that it would end the movie’s essence watching for the Gen Zers and 140 million millennials as they would be growing up watching films on their laptops, big-screens, cell phones, and big-screen TVs. 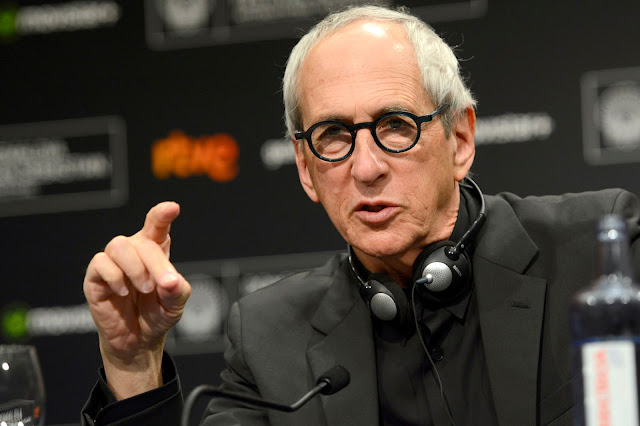 Shamberg said that he was one of the producers of Contagion directed by Steven Soderbergh. It stars Kate Winslet, Jennifer Ehle, Marion Cotillard, Matt Damon, Laurence Fishburne, Jude Law, and Sanaa Lathan. The movie’s plot revolves around the spread of a contagious virus transmitted by respiratory droplets. The film received huge popularity due to the COVID-19 pandemic. It collected a gross of $136.5 million against a budget of $60 million. Contagion received amazing responses from critics for the performance and its narrative.

It holds an approval rating of 85% on Rotten Tomatoes based on 272 reviews with an average rating of 7.09.

The producer said that the power of storytelling brought the movie back from 2011 no matter where we see it.

Until the vaccines reach everywhere globally, it would not be safe to go back to the cinema halls, and the theatres in the United States can only survive by the dramatic downsizing. Before the pandemic hit, around 1,000 theatres were collecting 65-70% of the opening weekends gross of a blockbuster. During the lockdown, the theatre industry has undergone bankruptcy. It would not be able to reopen the full capacity without any mega release like Fast and Furious or Spider-Man.

The streaming platforms, including Amazon Prime, Netflix, HBO Max, Hulu, and Apple, are the new theatre chains attracting the audiences toward them. Big stars like Leonardo DiCaprio, Anne Hathaway, Charlize Theron, and Ryan Reynolds are also working with them. Oscar-winning directors like Steven Soderbergh are making a movie in collaboration with the streaming platforms.

A monthly subscription to these streaming networks is like the cost of one movie ticket. And the studios like Legacy Studios are also moving closer towards the streamers as they are more profitable for them to do the business.

Imagine, where does this leave the cinema? The viewers who used to love watching movies in theatres have to move on. The big screen has a different cinematic experience that one never can get on small screens at home.

Shamberg said the industry needs movie critics now more than ever. So they can make people understand the importance of big screens and cinemas. The National Society of Film Critics must come forward and coordinate nationwide to start the campaign “what is cinema.”

Source:-    Cinema Business Can Rebound From the COVID-19 Effect Mute All the Microphones in Microsoft Teams With These Steps DNS_PROBE_FINISHED_NXDOMAIN: How to Fix this Error Message
Game Awards 2020: Ghost of Tsushima Vs The Last of Us Part II
How To Access Hacking Mechanics in Cyberpunk 2077
Comment on this post
Newsletter
Follow me
Search
my blogs

Mute All the Microphones in Microsoft Teams With These Steps
Categories