Eating the sacred finger of an S-class Cursed Spirit not only made him a scapegoat for Sukuna, but Itadori also gained tremendous powers and a new life, which is full of adventures and frequent deaths!

After accidentally swallowing the rotting finger of Sukuna, the rookie student turned Jujutsu sorcerer, became a vessel for the King of Curses. However, as per the manga, Itadori was already a strong and fearless human being from the start.

Even before he shared his body with Sukuna, Itadori possessed superhuman strength and apelike athletics capabilities. While he always had the upper hand in terms of willpower and physical abilities, he gracefully controlled the pressure of being the vessel for Sukuna after eating two of his fingers.

After Satoru Gojo explains his current situation, Itadori’s survival options come down to being killed now or killed later. Out of the two, Itadori chose the second option, and he joined the Tokyo Metropolitan Magic Technical College as a first-year student. 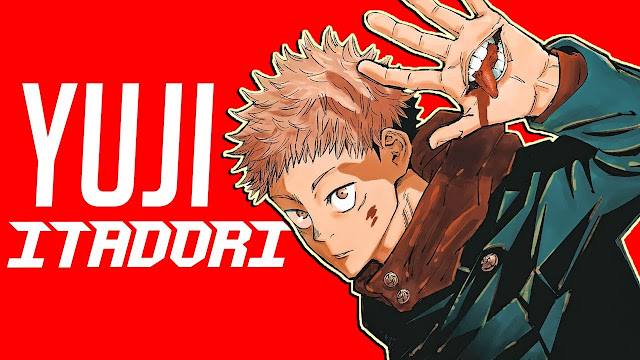 Poison doesn’t affect him at all

After becoming Sukuna’s vessel for eternity, Itadori gained some tremendous powers, including resistance to poison. In the fight against student turned Curse User Junpei Yoshino,  Itadori received a life-threatening attack from Junpe. Although the Moon Dregs’ poison attack inflicted Yuji’s, he didn’t die from it and fought back.

Itadori is a martial artist

Before and after joining the Tokyo Metropolitan Magic Technical College, Itadori had always been a martial artist. That is why he was able to fight hand-to-hand combat against small and high-grade curses. In episode 9, he develops his personalized punching techniques that kill the curses with two layers of force.

Yuji is a smart student

Itadori has always been a smart student, and he was obliged and respectful to his teachers from his former school to the Tokyo Metropolitan Magic Technical College. He always asks questions, seeks answers, and stays open-minded to learn more about his body, Sukuna, Jujutsu sorcerers, and Curses.

Before becoming Sukuna’s vessel, Itadori was gifted with superhuman strength, speed, and endurance. During his former school days, he was unbeatable in sports and physical activities. In the first episode, Itadori’s superhuman powers were visible where he could bend a soccer post and sprint 50 meters in just three seconds. Swallowing Sakun’s finger only increased his superhuman powers and made him a powerful Jujutsu sorcerer.

While the revival of Sukuna made him the strongest Curse in the world, Itadori was fighting within him to take control over his body. After taking out Itadori’s heart, Sukuna tries to kill him by squeezing his heart out of the chest.

After Itadori’s alleged death, Sukuna and Yuji form a pact where Sukuna will keep Itadori’s heart alive to give him control for a few minutes now and then. How to Fix AirPods not Connecting to Mac Issue?
How to Hide Your IP Address While Downloading?
Jujutsu Kaisen: The rise of Mahito and his strange powers
Comment on this post
S
sukuna
03/31/2021 07:12
Itadori is my fav character ini Jujutsu Kaisen
Reply
Newsletter
Follow me
Search
my blogs