Cyberpunk 2077 is already enthralling the gaming market with its highly addictive story, state-of-the-art features, and of course, the cameo of Keanu Reeves as Johnny Silverhand.

But one thing that everyone attending is the hacking part of the game, which consists of a new design in the hacking part of video games. Earlier, we have seen how the hacking of computers, smartphones, and traffic lights in games like watchdogs and call of duty, but the hacking and puzzles in Cyberpunk 2077 are leagues apart, stimulating a more dystopian style of hacking of electronics in the night city.

The night city runs on electronics, and if you know how to hack these electronics, you can master the game and take control over security cameras, vehicles, weapons, and more.

How to use the hack in Cyberpunk 2077 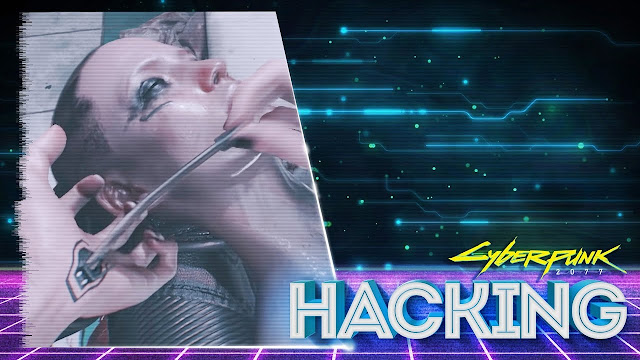 As you roam around in the night city, finding a PC will give you temporary access to hacking capabilities to access camera feeds and disable traps.

What are RAMs and Quickhacks

Ram is used to performing quick hacks that give you the privilege of remotely hacking and jamming enemy weapons so that you can defeat them with your weapons. You can distract enemies, upload malware called daemons, and much more. You can buy Quickhacks from vendors, or you can create them using correct blueprints and in-game intelligence.

You can use Quickhacks by accessing your inventory and selecting the Cyberware tab. Check your operating system and browse through your available Quickhacks to install them as mods on your cyberdeck. Every Time you use Quickhacks, you’ll lose RAM, so make sure to collect and replenish your RAM every Time you get a chance.

What can you do with Quickhacks?

There are a lot of things you can do with Quickhacks. As you level up in the game, you’ll come across how useful Quickhacks can be, and there are no streamlined ways to use Quickhacks. Meaning you can use any Quickhacks according to your needs and advantage.

Earlier, many games incorporated the concepts of hacking into their environment. The most famous open-world game series Grand Theft Auto was one of the best games ever made to use real hacking concepts inside a video game. Almost every First-person shooter (FPS) and stealth game use hacking in one or the other. With Cyberpunk 2077, the idea of hacking just got promoted to a higher level of creativity and real-life hacking mechanisms.

These are just the basics of what you can achieve with Quickhacks, and there are far greater things you can hack and take control over as your progress in the game. Cyberpunk 2077 is a full packed with so many things to do and so many things you accomplish, and mere hacking robots do not feel justified for the most hyped game of 2020.

There are planes, aircraft, giant robots, and weapons that can destroy humanity at will. In the current scenario, players are still figuring out what more they can do except for the basics.

Cyberpunk 2077 will soon receive new updates from CD Projekt, and fans can rest assured that a whole new world is waiting for them to explore, and the night city was only the tip of the iceberg. These Are the Best Gifts for Someone Who Loves Gaming Sony’s PlayStation 5: All You Need to Know
Michael Shamberg Speaks On How The Cinema Business
My Hero Academia: Who Is Better Between Overhaul and Shoto Todoroki?
Comment on this post
Newsletter
Follow me
Search
my blogs

These Are the Best Gifts for Someone Who Loves Gaming