Two video games competed against each other in the Game Awards 2020. Fans of Ghost of Tsushima and fans of The Last of Us Part II were confused as both the games were equal in popularity and fandom following, but who will win?

As this particular award is based on fans voting, The Last of Us Part II bagged the first few rounds, and ‘Ghost of Tsushima’ was nowhere to be found because of low vote counts in the initial rounds.

Surprisingly in the last few moments, a few ‘Ghost of Tsushima’ warriors woke up in the middle of the night and pushed Lord Jin Sakai to first place of Popular Player’s vote in the Game Awards 2020 category.

In the last part of the Popular Player’s vote, three games received the voting, and most of these titles are new to the gaming industry. In phase three of voting, ‘Ghost of Tsushima’ gained 42% of the votes, The Last of Us Part II bagged the second position with 36% of votes, and the last runner up was Hades by Supergiant Games that gained 11% of famous player’s vote in Game Awards 2020. 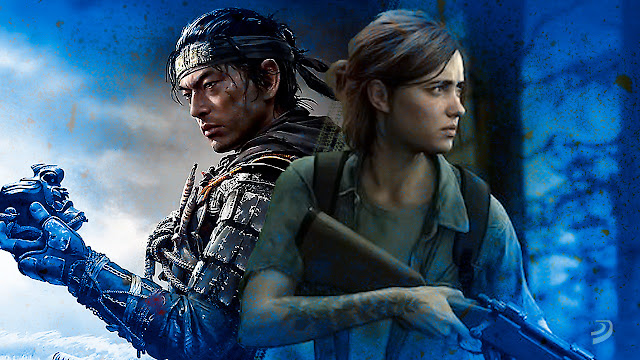 The Game Awards organizers confirmed that other runner-up games were equally good as the Top three video games. The runner up for the Popular Player’s vote was Insomniac Games’ Marvel’s Spider-Man: Miles Morales and id Software’s DOOM Eternal.

Even if ‘Ghost of Tsushima’ gained the first spot on the Popular Player’s vote doesn’t mean it’ll drive away with the best game of the year trophy. Two of the most successful and legendary actors and directors will be paneling the year 2020 session’s game award. Keanu Reeves will be the official presenter of the gaming awards 2020, and Christopher Nolan will present the awards to the best games that came out in 2020.

Fans of ‘Ghost of Tsushima’ can rest assured that their favorite game is a strong contender for the Game of the year 2020 list, and hopefully, it’ll win the award. However, other video games come with a par on ‘Ghost of Tsushima,’ and they also have the chance to bag this award as anything can happen in these game awards at the very last moment.

The top games of the year 2020 award list are DOOM Eternal by Bethesda Softworks/id Software, Final Fantasy VII Remake by Square Enix, Ghost of Tsushima by Sucker Punch Productions, Hades by Supergiant Games, Animal Crossing: New Horizons by Nintendo, and The Last of Us Part II by Naughty Dog/SEI.

‘Ghost of Tsushima’ was undoubtedly the best Game of 2020, but other games are equally deserving of the award. The competition is high, and all the respective fandoms are looking forward to the result. As we already know, the God of War: Ragnarok is coming out in 2021, and most probably, it’ll win every award out there. How to Get More Activity Tokens in Spider-Man: Miles Morales
Google Invites Public Developers for Its Fuchsia OS
Michael Shamberg Speaks On How The Cinema Business
Comment on this post
Newsletter
Follow me
Search
my blogs