Dragon Ball is one of the most successful anime franchises of all time, and it has had a massive impact on the industry. Produced by Toei Animation, the series has been around for decades now. It’s been an inspiration for video games, movies, action figures, and much more. The series has added new characters with every new arch, and it has consistently impressed the viewers. Every new character brings something new to the show, and the creators need to be appreciated for bringing unique storylines that complement the specific personalities of these characters. Although Goku and Vegeta are the deuteragonists of the series, several others have made their impact, Gohan being one of them.

Being the son of Goku, the strongest character in the universe, there is no doubt that there was a lot of pressure and expectation on Gohan. He even seemed to surpass much of those expectations, for the most part. Not only was his upbringing tough, but there are a lot of mysteries and secrets that most Dragon Ball fans are not aware of. Today we look at some of these secrets and his powers to understand Gohan better. 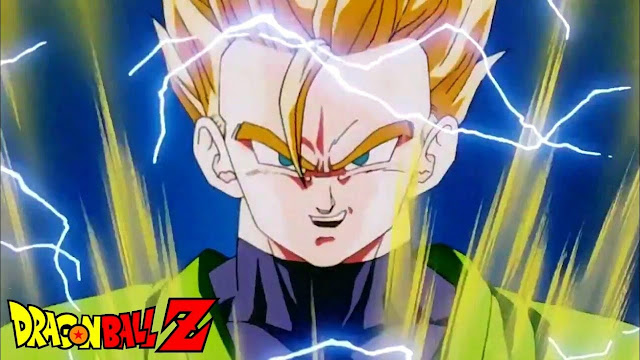 Gohan awakened his inner strength using his weakness as fuel, which makes him a unique character. With the help of spiritual Goku, he succeeded in neutralizing the threat of Cell, and his power continued to grow during the Cell Games. When he annihilated Bojack in Dragon Ball Z: Bojack Unbound, it seemed that the sky was the limit for Goku’s son. However, it was unclear what was the source of his powers, but it hardly mattered. He underwent a strange transition in his demeanor when he transformed into Super Saiyan 2.

Gohan’s arrogance was not something out of the ordinary. Even Vegeta was well known for his overconfidence, and Gohan’s father, Goku, too, had his moments. However, when Gohan became focused on winning, he ensured that other characters recognized that he too was a powerful Saiyan now. Despite developing his Ultimate Form, and consistently learning new techniques, it seems that it has been a little too late for him. Only if Gohan’s journey had begun when his powers were awakening, he might have had a much more satisfying journey. It appears that there were a lot of untapped potentials that Gohan could have used.

None of the new generation Half-Saiyan have a tail except for Gohan. It used to be a rite to transform into the Great Ape for all Saiyans but ever since Gohan’s transformation, the new generation never developed tails. Despite being Half-Saiyans, Trunks and Goten never had their tails, and as a consequence, they did not transform into Great Apes. Since the younger generation is strong; therefore, they don’t need to transform. However, the real reason for that must be Tomiyama’s failure in fixing his mistake.

Saiyans being elite warriors, never needed any assistance of eyewear, but here too, Gohan is an exception. It is surprising that Goku’s son has poor eyesight. When he was attending school, Gohan always wore glasses, and not only that, even while returning to the battlefield in Dragon Ball Super, he did not get rid of them. However, when he transforms into a Super Saiyan, he no longer needs bifocals and dominates his adversaries without assistance. Since he no longer needs glasses after he transforms into a Super Saiyan, there is a possibility that he might not need them in the first place. His character designers prefer his look in bifocals when he is not a Super Saiyan. But there is also a possibility that turning Super Saiyan enhances his vision somehow or his instincts become so strong that they can compensate for his low vision.

Since Gohan is a Super Saiyan and the son of the strongest character in the universe, most fans often forget that he has a high IQ. He had mastered trigonometry when he was just four years old. His fighting prowess overshadows his genius, but at an age when most children are yet to go to school, Gohan was already learning complicated mathematical concepts. Chi-Chi never misses a chance of admiring Gohan for his high IQ. Gohan’s intelligence is often neglected since he is Goku’s son and a mighty Super Saiyan himself. It’s only because of the high IQ that he has been able to master so many techniques and abilities so fast.

Moreover, he also puts his intelligence to fair use in school and by working in the world. It is a little disappointing that such a talented Saiyan who could have even surpassed Goku failed to do so. If he had trained more, there is no doubt that he would have become the strongest warrior in the world of Dragon Ball.

Code Geass Director Reveals Promo of Back Arrow Anime
Chainsaw Man: Cliffhanger Teases the New Life of Denji
Boruto: What Should Sasuke, Naruto, and Sakura Learn from Ino’s Parenting?
Comment on this post
Newsletter
Follow me
Search
my blogs