A lot has happened in the Chainsaw Man world, and after eating Makima as his lunch, Denji sails on a journey to become a regular guy who doesn’t regret his decision. After an ending conclusion where we all thought that Chainsaw Man is finally coming to an end, Tatsuki Fujimoto teases an alternative ending. To be exact, this is only the beginning of the cruel world of Chainsaw Man.

Note: The following contains spoilers for Chainsaw Man chapter 95 and 96.

Fans who wondered that this would be the end of Chainsaw Man are in for a treat. The second volume will soon hit the market, and it will follow the adventure of the newly found control devil child who will accompany Denji into his new life of freedom and family.

After consulting with Denji, Kishibe offers a deal that if they let the government control the devil child, they will again turn her into the second Makima as she is the one who is carrying Makima’s powers on her shoulders. 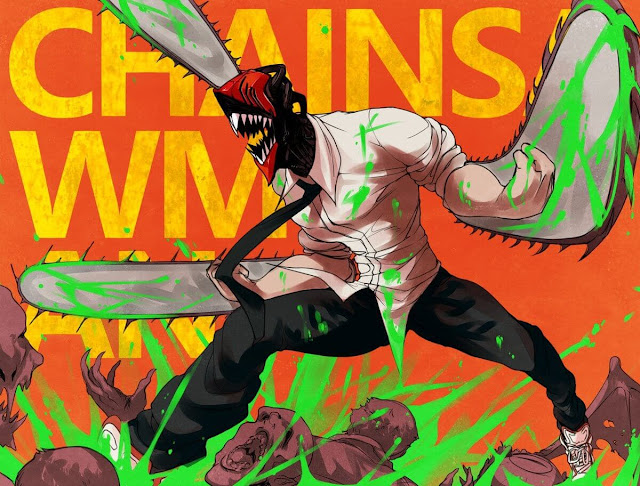 Denji unwillingly takes Nayuta under his wing and promises to take care of her until Kishibe returns. Hence both Nayuta and Denji start their new life of being an ordinary citizen again. In a few pages, Pochita asks Denji to take care of the control devil as in her previous life, all she wanted was to hug somebody and form a family, but the government made her a puppet, and the only way she could ever show her love is by the power of fear. Pochita asks Denji to take care of Nayuta till the end in the same way he has been taking care of him.

At the end of the manga, Denji became an idol who saves humanity from the devils. As the last chapter ends, Denji wears a school uniform and a backpack, indicating that indeed Denji has changed his ways and is no longer the Chainsaw Man people once feared.

Denji is no longer the Chainsaw Man that Makima wanted him to be. He changed his life, and he was determined to become a savior of humanity. This special ending gives way more credit to Denji than he deserves. Deep down, Denji knows that Makima is dead, and he is the one who killed her. At the start of the series, Denji wanted to embrace Makima, and he even fell for her romantically. Makima also shared a bond with Denji in the Gun Devil arc, She asks Denji to kill the Gun Devil, and in return, she’ll love him as a man.

But throughout the ups and downs, Denji resolves that for a better good for humanity, he needs to kill Makima. With Kishibe’s help, Denji kills Makima and eats her to reunite with her for the last time.

Theoretically, suppose Denji and Makima ever had a child. In that case, it’ll be Nayuta, and now that Makima is gone, Denji wants to fulfill his duty as the Devil hunter and family to Nayuta. The chapter proved that Denji, regardless of his past imperfections, is a capable guy, and he can take care of himself and Nayuta until the very last breath of his life to prove that he is still Denji and not the mindless Chainsaw Man. My Hero Academia: Who Is Better Between Overhaul and Shoto Todoroki?
Code Geass Director Reveals Promo of Back Arrow Anime
Dragon Ball: Gohan’s Mysteries and His Powers
Comment on this post
Newsletter
Follow me
Search
my blogs