These Are the Best Power Banks You Can Buy Right Now

Smartphones these days come with a lot of features, bright screens, and heavy specs, and all of this results in these devices consuming a lot of power. However powerful is the battery of your phone, that hardly can run more than a day so, it is always a wise choice to keep the backup. There are a lot of power banks available in the market which can fulfill your needs for some extra juice on your phone when traveling, facing a power cut, or unable to charge your device. It is better to buy a power bank with a bigger capacity, and you should also consider the charging speed if you are looking to buy a new power bank. All of those choices available in the market can leave you confused, so we have got you covered. In this article, we have listed the best power banks available in the market. Let’s scroll down and find the best pick for you.

Anker PowerCore Slim 10,000 PD is one of the best low capacity portable batteries available in the market. As the name suggests, this power bank packs a 10,000 mAh battery. This power bank is going to be useful if you need to charge your phone quickly as the USB-C port of this charger can charge your device at up to 18W. However, the standard USB-A port is also capable of delivering a charging output of 12W, which is not slow either. Despite packing a powerful battery of 10,000 mAh, this power bank is not bulky, and it is as compact as most of the smartphones when it comes to size. You can fully charge most of the smartphones twice with this device, after charging it once fully. 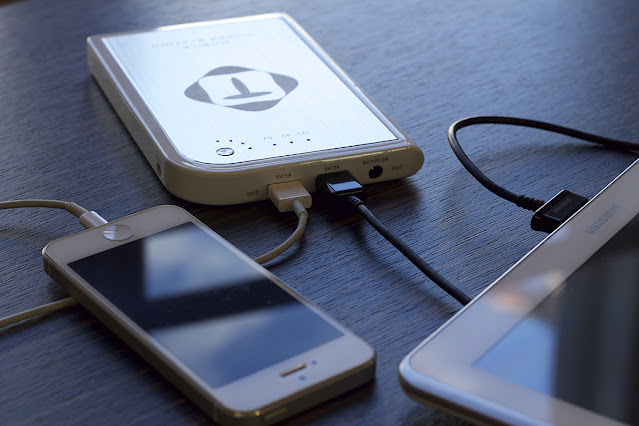 If you are looking for a power bank with a bigger capacity, then the RAVPower 20,000mAh power bank is a good choice available in the market. This power bank comes with a powerful 20,000mAh battery that is capable of charging any regular smartphone fully up to four times. What makes this power bank outstanding is its capacity to deliver power of up to 60W with the USB-C port, and that will charge any smartphone at lightning speed. On the other hand, this power bank recharges at the speed of 30W, and it takes only 3 hours for this power bank to charge completely, which makes it one of the best power banks.

Anker Powercore III Elite is a high capacity power bank which packs a 25,600mAh battery. This device allows you to charge 4 devices at the same time as there are two USB-C ports and two USB-A ports available on this device. This power bank delivers 87W of power to charge your device quickly. The huge capacity makes this charger suitable for tablets and laptops too.

Samsung 2-in-1 Power Bank With A Wireless Charger

Samsung 2-in-1 power bank with a wireless charger does two functions at the same time, and that makes it a great pick for you. This power bank features a power capacity of 10,000mAh, and the best part is that it can be used both as a power bank as well as a wireless charger, as it features a wireless charging pad on the top. While charging a phone wirelessly, this device delivers the power of up to 7.5W, but if connected with a USB, your phone can receive the power of up to 25W. This device is a great choice for Samsung users, although Qi-compatibility makes it suitable for other devices as well.

Crave PowerPack PD is for those who travel often and want to avoid the hustle of putting their phone on charge now and then. This power bank features a powerful 50000mAh capacity battery that can charge any regular smartphone so many times, and even laptops can be charged for more than once. This powerful power bank features two USB-C ports for fast charging and can deliver power of up to 60W. The other two USB ports feature Qualcomm QuickCharge 3.0 support.

You must be very careful while buying a new power bank, as you are going to use it for a long period. In this article, we have listed the best power banks available in the market right now, and you can buy any of these according to your budget and needs. These Are the Best Power Banks Available for Huawei Devices
Categories