Hulu boasts a huge collection of movies and series, and there is enough for everyone. Along with various famous movies from comedy, drama, action, adventure, and a lot of genres, there is a good collection of kids movies also available on Hulu. To make things easier for you, in this article, we have listed the best kids movies available on this platform. Let’s scroll down and find the right picks for you to watch with your family.

Antz is a great movie that your kids will love watching for the gripping storyline, brilliant graphics, and funny dialogues. This movie is the story of Z, who falls in love with a princess, Bala. From there, events start to unfold, which are very beautifully portrayed by the directors Tim Johnson and Eric Darnell. Woody Allen (Z), Sharon Stone (Princess Bala), Sylvester Stallone (Weaver), and Gene Hackman (General Mandible) have performed wonderfully in this movie. Antz is rated 6.5 on IMDb. 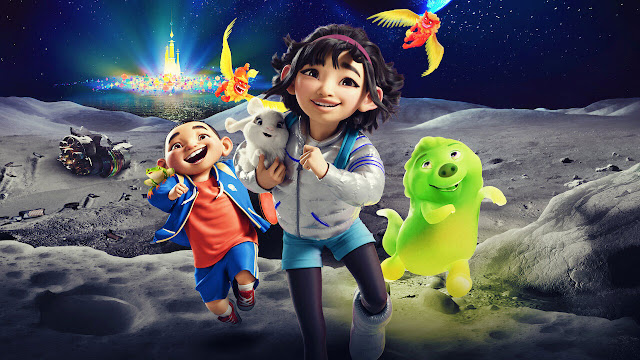 Trolls World Tour is a great film that leaves kids with an awareness of cultural variations. This film is the story of a struggle between the Queen of the Hard Rock Trolls and Queen Poppy and her friends. Queen of the Hard Rock Trolls tries to win all the Troll kingdoms, and Queen Poppy and her friends struggle to stop her. Directed by Walt Dohrn, this film has received an IMDb rating of 6.1. Rachel Bloom (Barb), Chance the Rapper (Chance), Jamie Dornan (Chaz), and Anthony Ramos (King Trollex) have decorated this movie with their performances.

Dora and the Lost City of Gold

Dora and the Lost City of Gold is a good choice to watch with family if you are looking to watch something that involves adventure. This film portrays the story of Dora Marquez, who sets out on an adventure with her monkey, Boots, and her friends to save her missing parents and to reveal the mystery of a fabled city of gold. James Bobin has directed this movie while Isabela Merced (Dora), Eva Longoria (Elena), Michael Peña (Cole Márquez), and Eugenio Derbez (Alejandro Gutierrez) are starring in this movie. This film has received 6.1 stars on IMDb.

You should watch Pan and witness the brilliance of the director Joe Wright. This movie deals with the story of Peter, a 12-year-old orphan who is captured and sent to the magical city of Neverland. Although he is taken there as a slave, he makes new friends in the process of discovering what he is destined to do. Hugh Jackman (Edward Teach), Levi Miller (Peter Pan), Garrett Hedlund (Captain Hook), and Rooney Mara (Tiger Lily) have impressed with their performances in this movie. This movie has received an appreciable rating on IMDb.

Abominable is a story of friendships, and adventure and that makes it one of the movies to watch on Hulu among all genres. The story of this movie deals with a Yeti, who is found on the roof of an apartment building where Yi lives. Yi is a teenager who sets out on a mission with her two other friends to unite the magical creature with his family. This movie is directed by Jill Culton. Important performances are delivered by Chloe Bennet (Yi), Tenzing Norgay Trainor (Jin), Albert Tsai (Peng), and Sarah Paulson (Dr. Zara). This movie has received an IMDb rating of 7.

It can be tough to find good kids movies in the vast library of Hulu. In this article, we have listed the best kids movies available on Hulu, which you can watch with your family and have a great time.

Source:-     These Are the Best Kids Movies You Can Watch on Hulu Today