Halloween was just around the corner, and if you are still feeling the vibes, maybe you would want to watch some nice Halloween movies. Netflix is your one-stop destination if you are looking to watch some good Halloween movies as it boasts a huge collection, but the availability of so many options might leave you confused. So, we have got you covered, and in this article, we have listed the best Halloween movies that you will not want to miss. Let’s scroll down and find the great picks for you.

Sleepy Hollow will leave you intrigued if you love horror and mystery. This movie depicts the story of a police detective, Ichabod Crane, who is posted in New York. He is sent to Sleepy Hollow, where he has to investigate a series of murders that are said to be committed by the Headless Horseman. This movie is directed by Tim Burton and is starring Johnny Depp (Ichabod Crane), Christina Ricci (Katrina Van Tassel), Christopher Walken (Headless Horseman), and Miranda Richardson (Lady Van Tassel, Crone Sister). This movie has received an IMDb rating of 7.3. 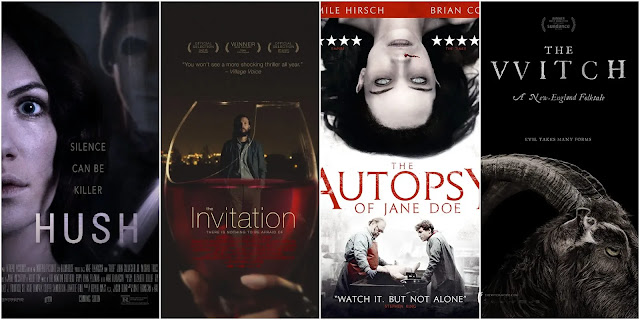 The Witches was released in 1990, and since, then it has been a popular Halloween movie among fans. This movie is the story of a brave boy who tries to stop witches who have planned to destroy the world by ridding the world of all children. The witches turn the kid into a mouse, and still, he keeps putting efforts, and the plot unfolds. The direction of Nicolas Roeg is appreciable in this movie, and Anjelica Huston (Grand High Witch), Mai Zetterling (Helga Eveshim), Jasen Fisher (Luke Eveshim), and Rowan Atkinson (Mr. Stringer) have praiseworthy performances. The Witches has received an IMDb rating of 6.9.

Poltergeist remains a popular Halloween movie for its gripping story. The rise of evil spirits to capture the soul of an innocent child generates a deep sense of horror in the viewer’s mind. Amazing direction by Tobe Hooper and brilliant performances of Heather O’Rourke (Carol Anne Freeling), JoBeth Williams (Diane Freeling), Dominique Dunne (Dana Freeling), and Zelda Rubinstein (Tangina Barrons) make it a great watch. This movie has received an IMDb rating of 7.3.

Paranormal Activity is the right pick for you if you want to watch a movie that will leave you frightened for upcoming nights and keep you enthralled. Directed by Oren Peli, this movie is the story of a young couple who move to a new house in a suburban area, and evil forces start making them feel their presence. All the evil noises, weird incidents, and horrific occurrences are also captured in the cameras installed by the couple. Katie Featherston (Katie), Micah Sloat (Micah), Amber Armstrong (Amber), and Mark Fredrichs (Dr. Fredrichs) are starring in this movie. This movie has received an IMDb rating of 6.3.

Watch The Ritual if you are looking for a mysterious story that involves friendships and horror. The story of this movie revolves around four college students who meet after the death of their friend. They go on hiking the Scandinavian wilderness, and there they are stalked by an ancient evil after taking a wrong turn. David Bruckner has directed this movie while Rafe Spall (Luke), Rob James-Collier (Hutch), Arsher Ali (Phil), and Sam Troughton (Dom) have decorated it with their performances. This movie has received an IMDb rating of 6.3.

A good Halloween movie should be capable of leaving you thrilled and terrified after you watch it. In this article, we have listed the best Halloween movies available on Netflix, and you can watch any of these to have a great weekend.

Source:-    These Are the Best Halloween Movies You Can Watch on Netflix These Are the Best Daniel Cudmore’s Movies and TV Shows You Should Watch
These Are the Best Gifts for Someone Who Loves Gaming
My Hero Academia: Ingenium’s Role in Shaping Tenya’s Identity
Comment on this post
Newsletter
Follow me
Search
my blogs