Sophia Loren is returning to the big screen after a decade. The upcoming movie is a directorial project of her son, Edoardo Ponti. She was last seen in an adaptation of Jean Cocteau’s stage play titled, The Human Voice. Loren will appear in Netflix’s upcoming release, The Life Ahead.

The Human Voice was first staged at the Comédie Française in 1930. It is set in Paris where a young woman is on the phone with her lover. He is going to marry another woman the next day, which causes the woman emotional pain.

Cocteau used his experiments with the human voice in his play La voix humaine. The play starts with a woman with a telephone as a prop talking to her invisible inaudible lover. Cocteau explores the feelings and ideas that concern human needs in communication.

In 2014 Loren featured in the short feature film, which is the adaptation of the play titled, ‘Voce Umana.’ It was a 25 minutes long movie, directed by Ponti. The short film got a 6.5 rating on IMDB based on 383 voters. 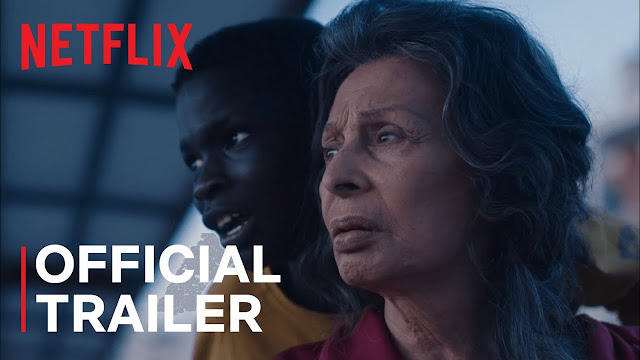 The version of the play was recently adapted during lockdown by Pedro Almodovar and Tilda Swinton. 2020 The Human Voice had premiered at the Venice Film Festival on 3 September 2020. It is scheduled to release on 21 October 2020 in Spain by Avalon and Wanda Films.

The mother-son duo also collaborated before for a 2002 movie, Between Strangers. The film is 95 minutes long. Between Stranger screened on 30 August 2002 at Venice Film Festival and released on 4 October 2002 in the United States.

After six years, Loren is again featuring in a drama movie, The Life Ahead. Ponti has directed the film and also co-wrote the screenplay with Ugo Chiti. The film is based on Romain Gary’s novel The Life Before Us.

The film’s plot takes Loren to the local children who require help, including twelve years old Senegalese immigrant, Momo, played by Ibrahima Gueye. During the film’s journey, the two created a strong bond, which is often tremendously moving and hilarious.

Recently, during an interview with Entertainment Weekly, she shared her experiences during World War II. She said she was a little girl then, and the experiences of the war never left her. She added that even if 100 years passed by, it would still be there. And till now, when she heard something about war on television, she jumped out of terror. Loren revealed that she found the truth of the character, Madame Rosa, by uncovering her own experiences.

Sophia Loren is an Italian actress and one of the famous actresses in Hollywood’s Golden Age. She started her acting career at the age of 16 in 1950. She appeared in Vittorio De Sica’s 1961 movie Two Women. Loren received the Academy Award for Best Actress for the movie and became the first actress or actor to earn an Oscar for the film in a foreign language. She has received five Golden Globes, a BAFTA Award, a Grammy Award, the Best Actress Award at the Cannes Film Festival, and the Volpi Cup for Best Actress at the Venice Film Festival.

Fans are excited to watch the mother and son’s collaboration once again after six years. The film is scheduled for limited release on 6 November 2020 and digitally distributed by Netflix on 13 November 2020.

Source:-   Sophia Loren and Her Son Returning With Netflix’s The Life Ahead These Are the Best Halloween Movies You Can Watch on Netflix
Seinfeld: 4 Times We Hated Elaine
Microsoft Investigates for the Lost Windows 10 Certificates
Comment on this post
Newsletter
Follow me
Search
my blogs

A TV-Like Channel Being Tested by Netflix
Categories