There have been several reports that Sony is negotiating the final stage acquisition of Crunchyroll, the anime streaming service. If the recent updates are to be believed, it will be paying almost a Billion dollars to add Crunchyroll to its repertoire. It will be another step for Sony to become a Monopoly in anime since it already has a 95 percent stake in Funimation. Since Crunchyroll is such a huge name for the anime industry, the deal will have a significant impact on all the fans around the world.

The recent deal has raised the question of whether we are going to see an anime streaming wars. As of now, the big names include Netflix, Hulu, Amazon, and HiDiVE. All of these companies have a varying level of influence, but some have the upper hand, Netflix being the most prominent player. They have shows like Neon Genesis Evangelion, Crybaby, and Castlevania (inspired by anime). There are also a few shows licensed by Crunchyroll or Funimation that they stream. 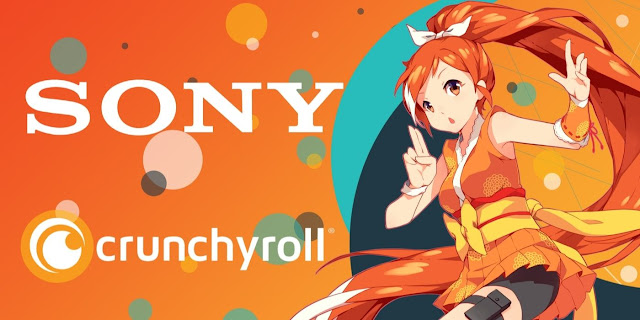 On the other hand, streaming giant Amazon Prime Video has Vinland Saga, Abyss, and Banana Fish, to name a few. However, recently it seems that they are moving away from the anime genre. Hulu has been a Funimation partner, which gives access to both the platforms to share titles. So, when the deal is done, and Sony officially buys Crunchyroll, other streaming sites will have no other choice but to deal with Sony since its subsidiaries Crunchyroll and Funimation are everywhere in the anime industry.

Four years back in 2016, there were rumors that Funimation and Crunchyroll might partner up; however, the deals were stalled when Sony acquired Funimation. Soon, AT&T bought Crunchyroll in 2018, and it seemed that the merger would never happen. Now that Sony is on the verge of acquiring both of them, we might see history repeat itself. It would make sense if Sony merges both the companies, but how the consumers will feel about it remains to be seen.

As of now, the anime industry will have to wait to see what lies ahead for it. It is impossible to predict the long-term repercussions of the Crunchyroll deal. So, it is best not to see the acquisition negatively; although it’s true that Sony’s influence will undoubtedly increase, there is still room for others to make an impact. If Sony wants to think about customers’ interests, then all they need to do is bundle both Funimation and Crunchyroll together and offer them at a lower price. If they focus too much on profit-making, we might see a decline in the quality of the content since they will control such a massive chunk of the anime streaming services.

However, the deal might fall through, and the anime fans’ present-day anxiety might just be needless overthinking. So, for now, what the fans can do is not overthink the repercussions of Sony acquiring Crunchyroll because it might turn out to be a good thing.

Source:-    Sony to Acquire Crunchyroll and Its Implications for the Anime Fans

Sony’s PlayStation 5: All You Need to Know
Categories