Written and illustrated by Hiromu Arakawa, Fullmetal Alchemist is a classic manga that has sold over 70 million volumes. It is one of the world’s best-selling manga of all time and continues to have a significant influence. Therefore, it is not surprising that it was an introduction for millions to the world of manga because of its worldwide popularity. Although Arakawa has had a lot of success, it is surprising that his other work, Silver Spoon, did not get as much as attention that it should. Despite being a great manga, Silver Spoon struggled and never got popular among manga fans. 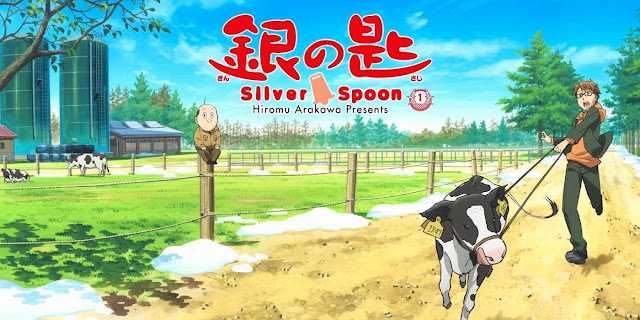 The manga has over 15 volumes, and it even got an anime adaptation back in 2013. However, Silver Spoon is grounded in reality, unlike Fullmetal Alchemist, which is a tale of magic and fantasy. When the protagonist, Yugo Hachiken, fails to make it to a prestigious high school, he decides that he will enroll in Ooezo Agricultural High School. He thinks that going to a vocational school would be better for him since he would get a chance to get away from his family. Since he is compared to his successful older brother all the time, his relationship with his family is strained. However, when he arrives at the Ooezo Agricultural School, he soon realizes that his life there is not as easy as he had thought. He doesn’t really know anything about farming, and while most of his classmates have some dreams for the future, Yugo doesn’t have any.

Although, it is true that Fullmetal Alchemist and Silver Spoon are vastly different, but they do have one similarity. Both the stories are about finding your place in the world, growing and understanding one’s purpose. Just like Edward Elric was challenged to accept the death of his mother and fight for the greater good as he was destined for it. Yugo Hachiken too had to thrive in a completely different environment, find a way to fit in, and try to find out his purpose. If you are a fan of Hiromu Arakawa’s work, Silver Spoon is a must-read. It is a human story that has explored complex ideas, challenging the readers to think more about their choices.

Arakawa is known for his talent for writing likable characters, and it is no surprise that Yugo Hachiken is a sort of character that most people can relate to. He struggles to find a purpose for himself, just like most students these days. Moreover, the other characters are also quite likable and engaging. Once the characters are introduced, one can’t help but cheer for them as they fight for their dreams. The manga is so engaging that you won’t be able to put it down until you have finished it.

Source:-    Silver Spoon Is the Ideal Manga to Binge if You Are a Fan of Hiromu Arakawa’s Work