A wild rumor was going around the internet that popular singer Rihanna might not possibly join the cast of the film Black Panther, but it turns out that the rumor was false all along.

The rumor originated after certain fans noticed her name being included alongside other cast members in the Google search. Apparently, her name had appeared alongside Michael B. Jordan, Danai Gurira, and Lupita Nyong’o.

Now, according to the recent report published by E! News, the rumor had come out of somebody’s imagination, and there is absolutely no truth in it. 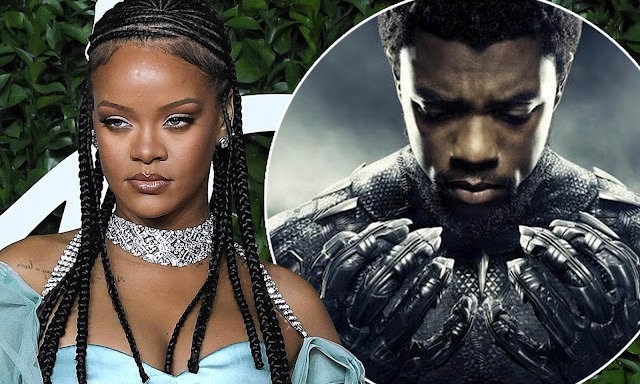 Black Panther 2 was expected to commence its production in March of next year in Atlanta. However, the entire script had to be rewritten because of the tragic death of the franchise’s talisman Chadwick Boseman due to his prolonged battle with colon cancer.

Now, filmmakers are planning to force themselves out of the sadness and look for other options to complete the second Black Panther film. The filmmakers were reeling with sadness for several months, but now a report has emerged which says that they have resumed all the pre-production work, and the Black Panther team is expected to hit the floors in mid-2021 (possibly in June or July).

Another interesting theory has come out of the internet pertaining to the second Black Panther film, with some YouTubers like Grace Randolph claiming that the comic studio giant is planning to use CGI to bring back Chadwick Boseman. The method will be similar to the one used by Quentin Tarantino as he brought back Bruce Lee in his last film, “Once Upon a Time in Hollywood.” Apparently, Marvel will hire a junior artist, and then they will use computer graphics to plant an image of Boseman on the man.

This will not be entirely difficult for them to achieve as they have already done a splendid job in showing a younger version of Samuel L. Jackson. Of course, we are talking about his role in the Brie Larson starrer “Captain Marvel.” Technology is not something that is beyond Marvel.

One other thing you should know is that Boseman will only be brought back for a war, which will take place in the initial moments of the second Black Panther film. Then, he will be killed off.

Of course, Chadwick Boseman’s loss is sad for all of us, but there is still plenty to look forward to in MCU.

WandaVision is the next project that we are going to see on screen. It will star Elizabeth Olsen and Paul Bettany in the leading roles. WandaVision is expected to give a premise of the upcoming Doctor Strange film titled “Doctor Strange in the Multiverse of Madness.”

While Rihanna will not be a part of the film, she has recently been seen in Los Angeles, and you can see her photos on the internet.

Black Panther is expected to have a release date in 2022.

Source:-   Rihanna Will Not Be A Part of Black Panther 2 Recent Films With Poor Special Effects
Huawei Mate 40 Pro: A Complete Review
How to Get More Activity Tokens in Spider-Man: Miles Morales
Comment on this post
Newsletter
Follow me
Search
my blogs