Special effects have become one of the essential parts of film making in Hollywood. Better or worse, CGI is necessary to create the fantasy world or in the science fiction franchise. The visual effects add some crucial factors to storytelling. Some special effects are beautiful to watch, while others are pretty ridiculous.

In this article, we tried to make a list of such movies that have failed to impress the audience with their special effects.

Joseph Kosinski directed the science fiction film Tron: Legacy. Edward Kitsis and Adam Horowitz wrote the screenplay of the film. The movie is a sequel to the 1982 movie Tron which was directed by Steven Lisberger. Lisberger served as producer of the 2010 project. 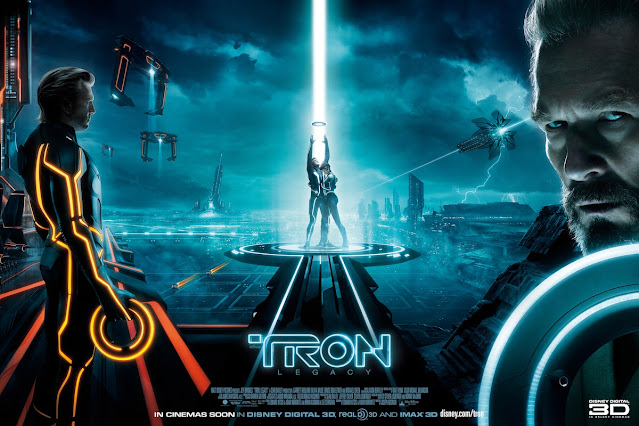 The story follows Sam, the adult son of Flynn. Sam responds to a message from his long-lost father, who is then transported into a virtual reality world called “the Grid.” In that virtual world, Sam, his father, and the algorithm Quorra must stop the program Clu from invading the real world.

However, the movie did not meet up to the expectations. The special effects that have been used weren’t that bad, but people have expected better from the film. The movie created much hype before its release, and producers have spent a lot of money while making it.

Tron: Legacy collected a gross of $400 million against a budget of $200 million. The film was nominated for the Academy Award for Best Sound Editing at the 83rd Oscars, but Inception took that award home.

It got an approval rating of 51% on Rotten Tomatoes based on 243 reviews with an average rating of 5.86/10. The film scored 49 on Metacritic based on 40 reviews.

The movie’s plot revolves around the Dwarves watch and Bilbo from the Lonely Mountain as the dragon Smaug. Bard kills Smaug and breaks out of the prison with the black arrow. Smaug’s body crushes the fleeing Master of Laketown and his companion.

The special effects were not up to the mark as expected, and in many places, it failed to impress the audience.

The Hobbit: The Battle Of The Five Armies received mixed reviews from critics, whereas audiences liked the movie. The film collected $956 million against a $250-300 million budget, making the film the second highest-grossing film of 2014. It also received a nomination for Best Sound Editing at the 87th Academy Awards.

Peter Jackson’s fantasy film got an approval rating of 59% on Rotten Tomatoes based on 261 reviews with an average rating of 6.30/10. The film also scored 59 on Metacritic out of 100 based on 46 critics.

The movie’s screenplay revolves around a former field agent Gerry Lane, and his family includes his wife and two daughters. Zombies overrun the city, and the Lanes escape to Newark, New Jersey. The rest of the screenplay tells the story of survival.

The special effect of the movie is laughably bad. The film has also changed the ending of the novel. World War Z also tossed out the book’s cleverness and made it into a typical zombie film. The zombies’ wobbly movement was also not explained in the movie.

The movie collected $540 million against a $190-269 million budget and was the biggest zombie movie of all time. It got an approval rating of 66% on Rotten Tomatoes based on 273 reviews with an average rating of 6.2/10.

Fantastic Four (FANT4STIC) is a superhero movie based on Marvel Comics of the same name. It is the third sequel of the franchise directed by Josh Trank, who also co-wrote the screenplay with Simon Kinberg and Jeremy Slater. It stars Kate Mara, Miles Teller, Toby Kebbell, Michael B. Jordan, and Kate Mara.

The movie’s plot revolves around two childhood friends Kate Mara and Reed Richards, who work together on a prototype teleporter since their youth. They want to get the attention of the director of the Baxter Foundation, Professor Franklin Storm. Reed is recruited to help Storm’s children, engineer Johnny Storm and scientist Sue Storm to complete “Quantum Gate” designed by Storm’s student.

The film is acceptable as a superhero movie, but as far as MCU dominates the genre, all superhero movies will be compared. And Fantastic Four struggles to reach the pre-setted bars. The special effects used in the film were a disappointment.

It is widely criticized for its inconsistent tone, screenplay, visuals, lack of humor, and slow pace. The film collected a gross of $168 million against a production cost of $155 million. Fantastic Four won the Golden Raspberry Awards, including Worst Prequel, Worst Director, and Worst Picture.

The above are a few movies that have disappointed the audience with their poor special effects. Rihanna Will Not Be A Part of Black Panther 2
Raven Launches Cloud-Native Data Protection
Reviewing Fit-ness in Bits: Fitbit Inspire 2
Comment on this post
Newsletter
Follow me
Search
my blogs