Scream is one of the best horror slasher films, which was directed by Wes Craven and released in the year 1996. The film was written by Kevin Williamson. In this film, David Arquette and Neve Campbell are in the lead roles and portray the characters of Dewey Riley and Sidney Prescott, respectively. The film’s story revolves around Sidney Prescott, a high school student who lives in Woodsboro, a fictional town in California. She becomes the target of Ghostface, who is a mysterious killer and wears a Halloween costume throughout the film. Various cast members have given nail-biting performances in this film, but what if Scream was to be made in 2020? Several actors have great potential to replace the old cast members of Scream in today’s date. In this article, we have listed some of the best actors whom the filmmakers could consider to cast in the 2020 version of Scream.

Zendaya is one of the youngest actresses in Hollywood. She has already impressed the audience with her perfect and supporting role in the Marvel Cinematic Universe. In the HBO series Euphoria, she is in the lead role and portrays the character of Rue. She also won an Emmy award for playing the remarkable role of Rue in Euphoria. She is a highly talented and skilled actress who could easily fit into the character of Sidney Prescott. The character of Sidney experiences real trauma because of the threats on her own life and the loss of her mother. She has to overcome great struggles to make it out alive. In this way, Sidney’s character is similar to Rue’s character portrayed by Zendaya in the Euphoria TV series. Also, after watching Zendaya playing the role of MJ in the Spider-Man movies of the MCU, she could be considered as an excellent replacement for Sidney Prescott in the 2020 version of Scream. 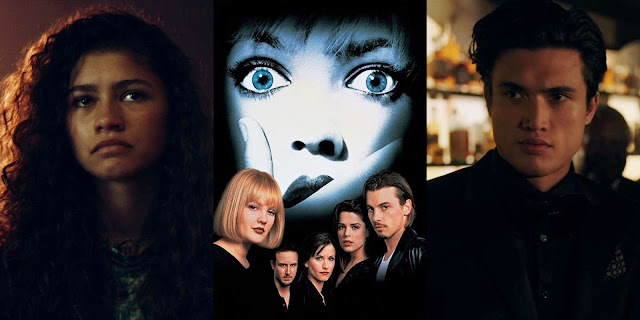 Charles Melton is a brilliant actor in Hollywood. He is better known for his fantastic role as Reggie in the CW’s TV series Riverdale. He has also played a famous character of Daniel Bae in the romantic film The Sun is Also a Star. The filmmakers could consider him an excellent choice for playing the role of Billy Loomis if the film Scream was to be made in 2020. He has great experience in playing a romantic lead role and has a charming personality that can hush audiences before switching into Billy’s revengeful side. Melton can win the heart of fans through his stunning performance and personality. In this way, he could fit easily into the character of Billy Loomis in the recasting of Scream.

China Anne McClain is another young and talented actress in Hollywood. She has played a crucial role in the CW’s TV series Black Lightning. She portrays the character of Jennifer Pierce in this series by displaying genuine convictions in her boundaries and beliefs, which are some of the qualities similar to Tatum Riley. Tatum portrays the character of Rose McGowan in Wes Craven’s original film Scream. China Anne McClain could be the perfect choice for playing the character of Rose in place of Tatum because she might expertly handle Tatum’s cool-girl vibes and genuinely care for Sidney, who is the best friend of Rose in the original film Scream.

Randy Meeks is a kind of character who has a vast and complete knowledge of horror movies, and Jack would be ideal for playing the role of Randy in the 2020 version of Scream as he is similar to Randy in various aspects. Jack portrays the character of Grizz in Netflix’s TV series The Society. Grizz is an intelligent and quiet student who lives in West Ham, which is a fictional town. Randy has an astute nature, and similarly, Grizz also possesses strong self-confidence and beliefs in his knowledge. In this way, Jack Mulhern could play the role of Randy Meeks in a much better way in the 2020 version of Stream.

After discussing some of the best actors that might be considered for the recasting of Scream in 2020, we have concluded that all of the above-discussed actors are very talented and have enough potential to replace the old cast members of Wes Craven’s original film Scream. These Are the Best New Movies on Starz
Recasting 2000’s X-Men In 2020
Seinfeld: 4 Times We Hated Elaine
Comment on this post
Newsletter
Follow me
Search
my blogs