Over the Moon Was More Traumatizing Than Up

Whenever there is a debate over the best-animated movies of all time, Up is always named. The film won two Oscars, and as it was no surprise since whoever saw it could agree that it left an indelible mark on their souls. It takes the viewers on a fun and emotional ride, as Carl wrestles with the grief of losing the love of his life as he eventually meets his young friend Russel along with whom he tries to save an exotic bird in South America. The recently released movie Over the Moon, not only is heartbreaking, but it can be argued that it is better than Up in a few aspects.

Up introduces the viewers to the lovely couple Ellie and Carl, who fall in love after meeting in the iconic opening sequence. They always wanted to go to South America to see Paradise Falls. However, they never went there together as life always came in the way. They grew old, and Ellie passed away after a brief illness. Her death broke Carl, and he rarely made contact with anyone outside. When he noticed the gentrification around him, he tied balloons to his house in the hope that it floats away, preserving all the memories of his wife. He was unaware that he was going on an adventurous journey where he will learn to love again. 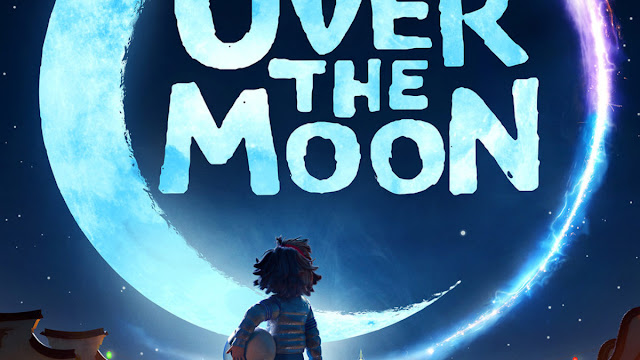 Over the Moon begins by introducing the viewers to the bond between Ma Ma and Fei Fei. We see the young girl attentively listen to the stories of Moon Goddess Chang’e. Fei Fei is very close to her mother like any girl would be, but soon her mother dies, which leaves her helpless, struggling to make sense of what happened. Although Carl too lost the love of her life, it was even more heartbreaking to see a young girl suffer.

She tries to cope with the loss of her mother, but it’s too much for her. Her emotional baggage becomes even more challenging to carry when she realizes that his father will marry Ms. Zhong. She was raised listening to stories of soulmates, and she grew up believing that true love never dies. Carl was mature enough to understand mortality, but in the case of Fei Fei, it seemed that she was not ready to accept reality. She was not able to make peace with the death of her mother, and the grief was engulfing her every day. Her denial eventually manifests into resentment towards Ms. Zhong and Chin (her son). Although she is a sweet little girl, the growing bitterness turns her into a selfish bully.

There is no doubt that both Up and Over the Moon are great movies. But, the latter is more heartbreaking. Carl was much more mature, and even though after her wife’s death, he emotionally cut himself off from the outside world, he was able to finally deal with his loss without becoming bitter. Fei Fei being a young girl, struggled; she was in denial of her mother’s death for a long time. It was heart-wrenching to see someone so innocent carry so much emotional baggage.

Source:-   Over the Moon Was More Traumatizing Than Up