In the world of My Hero Academia, we are introduced to numerous characters who are striving to become a pro hero. Although 80 percent of the people in this universe have superpowers (called Quirks), only a select few can prove themselves worthy of becoming heroes. Most of the students in the hero schools have an ideal that inspires them. Like Izuku, who has always wished to become like All Might, the Hero no. 1, even though the protagonist is Quirkless, it is his ideal that motivates him to keep pushing forward no matter how far-fetched his goals might seem.

My Hero Academia is popular and successful because it is unlike most superhero movies or shows. The story gives a lot of importance to the side characters who have their issues and aspirations; it beautifully captures their side of the story to make the overall plot intriguing. One of these characters is Tenya Lida, who is the president of Izuku’s class. Unlike others, Tenya comes from a family of heroes, so he has many people to look up to. But his inspiration has always been his big brother, Tensei Lida. He has a friendly relationship with his big brother; however, he falls short of Tensei’s morality.

It is intriguing to observe that like Izuku looked up to All Might, Tenya was in awe of his big brother. But, unlike Izuku, he got to spend a lot of time with his Hero; therefore, he could learn from his brother as much as he wanted. Tensei taught him what it meant to be a hero, a proper man, and a good brother, Tenya, as a result, grew up to become responsible and loving. Even the Quirks that both brothers had been similar, so they not only thought like each other, but they also had similar powers. 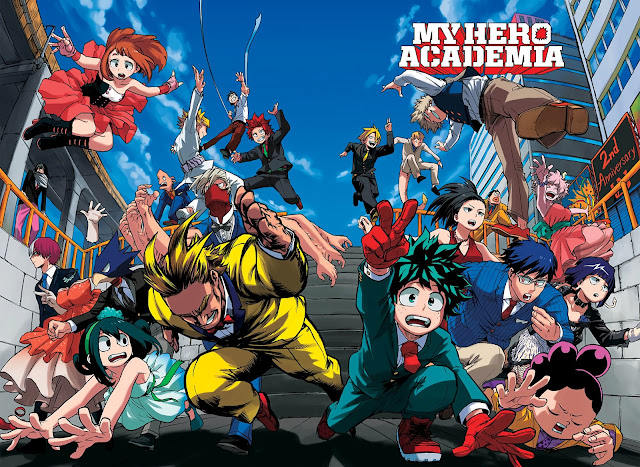 Tensei became Ingenium when he grew up and saved people on multiple occasions. Tenya’s adoration for his big brother grew with time, and he joined the U.A high school to follow in his footsteps. It seemed that all of his dreams would be fulfilled, and he will work alongside Tensei. Unfortunately, his dreams were shattered when his big brother was ambushed and badly injured by the hero killer, Stain. He survived the attack, but his career as a hero came to an end.

Stain was unlike any other villain on the show, and he did not seek any position of power. All he wanted was to kill the unworthy heroes, who, according to him, were not heroic enough. Stain’s encounter with Tensei left him bedridden with no hopes of returning as a hero. The hero killer’s actions infuriated Tenya. He was hurt when he saw his big brother suffer. So, he decided to take revenge.

Understandably, Tenya was hurt but what he did after that was unlike him. He recklessly sought to take revenge from Stain and went to Hosu to find him. But things didn’t go as he would have liked. Stain easily beat him up, and it was only because Shoto and Izuku intervened that he could survive that day. His confrontation with Stain taught him many lessons. He realized that even though the villain’s action was not justifiable, his ideology about heroes and their pursuit of power, fame, and money over selfless service was right.

Moreover, Tenya’s reaction to what happened with Tensei was precisely the opposite. Tensei had made peace with how his fight with Stain had turned out. He was proud of what he had accomplished in his life and only wanted to root for his little brother. In this regard, he acted exactly like All Might, who wished Izuku to follow his footsteps after he shared his powers with him. In Tensei, Tenya not only had a big brother but constant support and a hero worth emulating. Although he was not given much screen time, Tensei played a crucial part in the entire plot by shaping his brother’s identity as a hero. How to Fix AirPods not Connecting to Mac Issue?
These Are the Best Halloween Movies You Can Watch on Netflix
Over the Moon Was More Traumatizing Than Up
Comment on this post
Newsletter
Follow me
Search
my blogs