Masafumi Mima, sound director for the new season of My Hero Academia, confirmed that the new season is in production. The OST music is finalized for the fifth installment in the anime series.

The manga is already keeping the fans entertained by releasing new chapters every week. The anime production team is rolling out the fifth season of the My Hero Academia franchise.

On November 16, Masafumi Mima confirmed that the fifth season of My Hero Academia would premiere soon, and the music production is completed for the anime.

Earlier, in season 4 of My Hero Academia, the production team incorporated 18 original songs from Japanese artists. The song Polaris by Blue Encount was used as the opening theme song for the first fourteen episodes, and Kōkai no Uta by Sayuri was used as the ending theme music for the season. 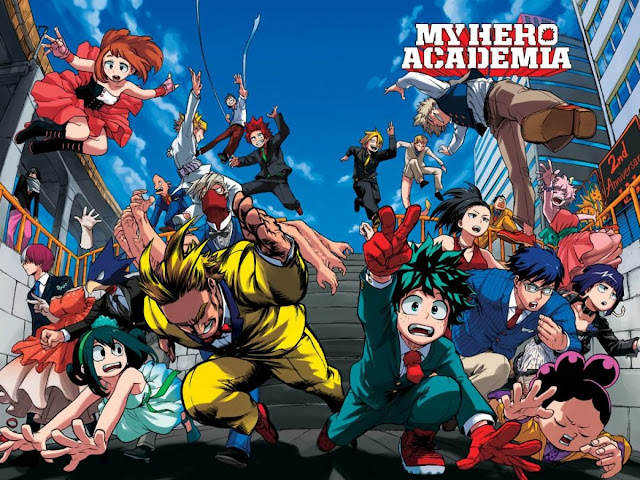 Masafumi Mima mentioned the song selection had been completed in the tweet, and Yuki Hayashi will be producing the OST for the new My Hero Academia season.

BNHA is the only anime that keeps on getting better with every season. As of now, My Hero Academia has four seasons, two movies, and four Original Video Animations.

The fourth season of My Hero Academia ended in April 2020. Worldwide Fans can’t get enough of the show’s gripping story, action, inspiring moments, and the protagonist – Izuku Midoriya’s road to power and strength.

The upcoming anime of spring 2020 will also feature new anime shows and sequels to the previous shows like Shaman King, Yuukoku no Moriarty 2nd Season, Tensura Nikki: Tensei Shitara Slime Datta Ken, and I’ve Been Killing Slimes for 300 Years and Maxed Out My Level.

The end of My Hero Academia season 4

The fourth season of My Hero Academia left so many unanswered questions. One of them was Midoriya’s strange dream, which vaguely presented a hallucination of the top heroes handing over their powers to Deku. The dream can be misinterpreted at this point, so it is better to stick with the source and wait for the new update from Funimation.

Season four ended with the big battle between overpowered Nomu and Endeavor, who tries his best to be the number hero, saving the city’s peace symbol. Season four also debuted the retirement of the number one hero, All For One.

What to expect from My Hero Academia season 5?

While the fight against Hood is over and Endeavor defeats the strongest monster of Nomu, things are cooling down in the My Hero Academia.

The fifth season of My Hero Academia will start on a fresh note where students will get back to their everyday life in the U.A. High School.

Classes 1-A and 1-B will battle each other in their practice session. The Class 1-C brainwashing querk user, Hitoshi Shinso, might join the other two classes, initiating new rivalries between the U.A. High School classmates. Fans can expect more querk users in the next season and some more action in the Deku road to power.

As usual, the My Hero Academia manga moves way ahead of the anime, but the anime production team is not far behind the original schedule.

Manga is a readable comic, and the anime involves music, voice-acting, animation, and scripting. It makes sense that the manga will move faster than the animation because of its less production value and faster translations.