In today’s world, communication has shifted from phone calls to long conversations on messaging apps and social media. And when you communicate via text messages, the people you are talking to might not always understand what you mean to say. This is where the role of an emoji – a cartoonish pictogram – becomes significant as it helps you express your emotions. It also makes us look more friendly, interested, and involved in an online conversation. Over the past few years, emojis have formed a universal language across different platforms, which helps express excitement, sadness, amusement, or emotions that can’t be expressed in words.

Emoji originated in Japan in the late ’90s, and now the whole world uses it. Every social media app and the messaging app support emojis. Anyone can understand the meaning of smiley, angry, sick, etc. emoji. There are varieties of emojis dedicated to sentiments, profession, food, travel, flora, fauna, etc. but there are some limitations. At times, you might want to express something specific to your close friends but can’t find the perfect emoji to match your thoughts. In such cases, you can create a custom emoji. If you are interested in doing so, then try the following guidelines for making a custom emoji. 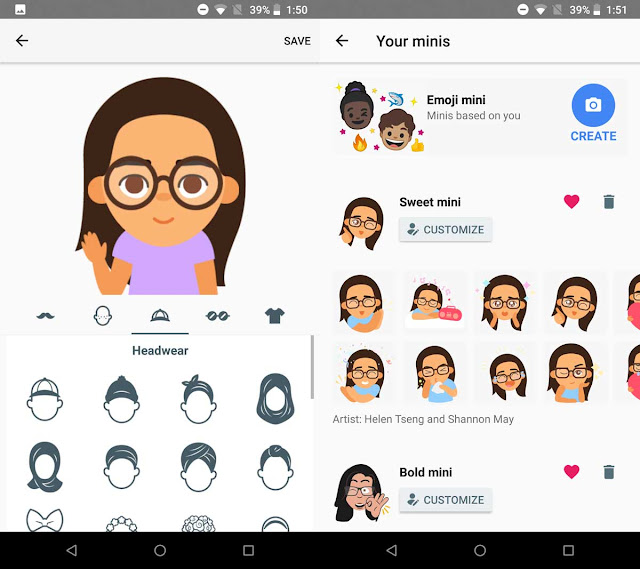 Use Discord or Slack for Emoji Customization

It is recommended to use Slack or Discord messaging app for creating an emoji of your choice. In case you are unfamiliar with these apps, Discord is a messaging app used while playing multiplayer video games. Discord also lets you communicate via voice calls, video calls and enables you to share media and files in private chats or servers. On the other hand, Slack offers many IRC-style features for internal communications. Its features include persistent chat rooms or channels categorized as the topic, private groups, and direct messaging.

To add a new emoji, you have to create an emoji from scratch. Generally, messaging apps like these impose restrictions due to which you have to ensure that the emoji’s size and pixels fit the criteria perfectly. In this guide, we will use Slack for creating an emoji. It restricts the users to create emoji that should not consume more than 64KB of space, and its height & width is also restricted to 128 pixels only. For creating an emoji, it is better to use image-editing software. We would recommend using Pixlr as it is a web-based application and is available for free.

If you have some excellent artistic skills, it would be easier for you to create an emoji using the app mentioned above. If you want to draw a typical old emoji with a hint of personalization, then start with a yellow circle on a transparent background so that the emoji is visible. Use different drawing tools like pencil, marker, etc. to start adding facial features like eyes, mouth movement, or anything you like.

If you don’t like the idea of creating a traditional emoji, then try using an image from your gallery to make an emoji out of it. To so do, use the following steps:

Now that the emoji is saved on your device, open it using Slack and click on the Emoji button. Scroll down the page to find the link labeled as ‘Add Custom Emoji Here.’ Click on that option and start uploading the emoji you created. Then, add a name to that emoji.

Note that before adding the emoji, you will need permissions within that server. If you are the one who created that server, then you don’t need any permission. And if the server belongs to someone else, they have control on the permissions. Then you have to contact them.

Emoji creation is easy on Slack and Discord, but if you want to create something for the iOS or Android platform, you have to contact Unicode Consortium. Unicode Consortium is a group responsible for regulating a wide range of emojis commonly found on all the devices. If you are a budding emoji artist, you have to submit your work to the Unicode Consortium selection committee. They will judge your emoji on a few factors, and then only they can approve your work and get it on all the significant gadgets. You can check Consortium’s website to find more about the rubrics and requirements.

Source:-   How to Create A Customized Emoji? Use These Steps If You Have Not been Able to Use Snapchat on Your Phone
How to Boost iPhone Privacy Via Settings?
How to Create an Android App Out of Any Website?
Comment on this post
Newsletter
Follow me
Search
my blogs