5 Movies With Terrifying Protagonists To Watch If You Like Nightcrawler

Nightcrawler is one of the best thriller films released in the year 2014 and directed by Daniel Gilroy. Jake Gyllenhaal portrays the character of Louis “Lou” Bloom and gives an excellent performance in this film. According to the story of the film, Jake proves that he can do anything to become a successful man and is involved in freelance crime journalism. He records violent incidents happening late at night in Los Angeles and sells the recorded videos to the local TV news channels. Initially, this film may not have been a great success, but later it gained huge popularity. The best part of the film is the beautiful creepy performance of Jake. Several movies show excellent performances given by their protagonists. This article lists some of the best movies with terrifying protagonists to watch if you like the film Nightcrawler.

The Talented Mr. Ripley is an excellent psychological thriller film released in the year 1999. It was directed and written by Anthony Minghella. Matt Damon is playing the character of Tom Ripley in this film and gives an outstanding performance. The story of the film revolves around Tom Ripley, who is a very talented man and utilizes his talent for impersonating others. Jude Law is playing the character of spoiled playboy Dickie in this film. Ripley has to come in contact with the inner circle of Dickie to bring him back home. When Ripley realizes that he has gone too deep into the mendacious games of Dickie, he does the right things to cover the situation. 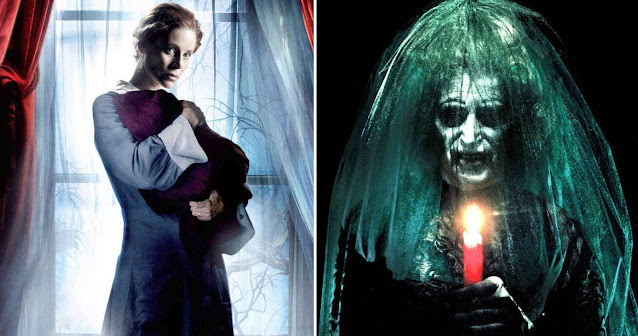 Bronson is a famous biographical crime film released in the year 2008. It was directed by Nicolas Winding Refn. The actor Tom Hardy is playing the character of Michael Peterson in this film. He does a beautiful job with his impeccable performance. The story of the film is based on the life of Charles Bronson, who is a real-life criminal and has spent more than 30 years in prison. Hardy plays a terrifying role in this film by capturing the volatile nature of Bronson. It is one of the best thriller crime films to watch if you like the movie Nightcrawler.

Henry: Portrait Of A Serial Killer is one of the great psychological horror crime films. It was released in 1986 and directed by John McNaughton. The actor Michael Rooker is playing the character of Henry, a serial killer in this film. Henry lives with his prison buddy, Otis, portrayed by Tom Towles. Although there are several films about serial killers, this film has more popularity among the fans. Henry is a heartless character and has no real motivation for his brutal killings. He is a serial killer who is obsessed with his killings. This is another thriller film that you must watch if you like the film Nightcrawler.

The Shining is one of the scariest horror films released in the year 1980 and directed by Stanley Kubrick. This film is an adaptation of Stephen King’s novel of the same name. In this film, the actor Jack Nicholson plays a terrifying role as Jack Torrance. According to the story of the film, the struggling writer Jack moves to an isolated and abandoned hotel as a caretaker along with his family. The wonderful performance of Nicholson makes him the most iconic characters of horror movies. This film is highly recommended for you to watch if you love the film Nightcrawler.

There Will Be Blood is an excellent drama movie, which was released in the year 2007 and directed by Paul Thomas Anderson. This film is based on a novel, Oil!, written by Upton Sinclair. The actor Daniel Day-Lewis is playing the character of Daniel Plainview in this film. He is an oilman and only cares about building his empire. The character of Plainview in this film is similar to Bloom in the film, Nightcrawler. Plainview plays a terrifying character in the film There Will Be Blood.

In this article, we have listed some great movies with their terrifying protagonists to watch if you like the film Nightcrawler. Although several movies depict various protagonists playing terrific roles, the above-discussed films are a must-watch for you after watching Nightcrawler.

Source:-   5 Movies With Terrifying Protagonists To Watch If You Like Nightcrawler Fantastic Beasts 3: Recasting of Grindelwald
Top 5 Text Expansion Tools for Windows Users
These Are the Best Gifts for Someone Who Loves Gaming
Comment on this post
Newsletter
Follow me
Search
my blogs