Tite Kubo is the creator of the manga Bleach that later became the material for arguably the best anime of all time. So, when Burn the Witch came out, there were many expectations from it because of Kubo’s name. The fans expected it to be a spinoff of the leading franchise, which would be quite similar to his best work, Bleach. Although Burn the Witch is set in the same world as the famous anime, surprisingly, there is a lot of difference. It does pay tribute to the older franchise, but its storyline is unique enough to have a fan following and identity of its own.

The new franchise, despite taking inspiration from the former, manages to be independent. The visual flair of the story appears to be like Bleach reborn in a modern setting. The visual connection of both of them is through a fundamental element that has been used to tie them together. Like the monster hunter theme, where professionals roam the streets looking for monsters to destroy them using specialized equipment, they use dragons to fly into battle and report to the western branch of Soul Society called the Pipers. They track rogue dragons and other creatures that prove to be threatening the peace. 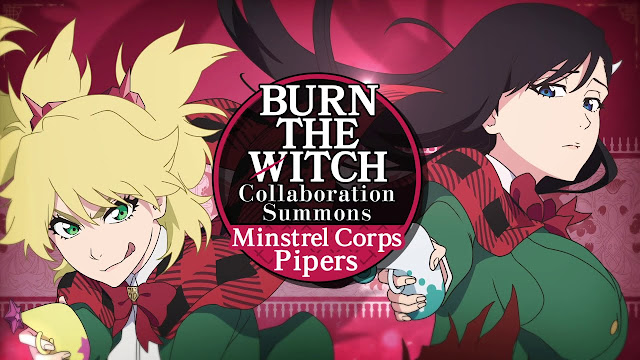 When the deuteragonists, Ninny Spangcole and Noel Niihashi, take their responsibilities, heartbreak, chaos, and adventure. The two girls being the main character for a Shonen action is refreshing to watch, and it is an essential aspect in which Burn the Witch differs from Bleach. Even though they are in the same universe, the latest franchise is more of Bleach’s spiritual successor than a true sequel.

The two worlds are similar enough to each other that Ichigo Kurosaki can pay a visit to the deuteragonists of Burn the Witch, and it would make sense. It is as if Tite Kubo has gone with the same premise but with a new skin. Burn the Witch could be called the cousin of Bleach, which would be an appropriate analogy. The new franchise is refreshing enough that newcomers and hardcore Bleach fans both enjoy at the same time.

The biggest strength of Burn the Witch is that it is a loose adaptation of the Bleach franchise, so it is good enough to entertain even newcomers who have little knowledge of the famous manga or the anime. Since it is just a miniseries/ movie, it does not need anyone to look at other places for references. New fans can enjoy the work of Tite Kubo, which is one of a kind, without having to put in too much time going through Bleach, which would have taken a long time to digest. Another way of looking at this is the people who enjoy Burn the Witch can try Bleach, which will be an experience to cherish.

If you are a Bleach fan, Tite Kubo’s Burn the Witch will impress you. You will be able to see the inspirations that have been drawn from the previous franchise. However, if you have never read or watched Bleach, you still don’t need to worry; there is no better way of being introduced to Tite Kubo’s work than this miniseries/movie.

Source:-   Tite Kubo’s ‘Burn the Witch’ Is Good Enough to Stand on Its Own

Code Geass Director Reveals Promo of Back Arrow Anime
“Thor: Love and Thunder”- Christian Bale Has Embarked on a New Journey
How to Move Photos from Mac to iPhone?
Comment on this post
Newsletter
Follow me
Search
my blogs