Marvel Studios is now assembling its troops for the fourth film in the Thor franchise; the principal photography will kick start in Australia in the first half of 2021 (possibly January). Though the production commencement is still three months away, actors have been called up to prepare for the role, which deals with their rehearsals, costumes, combat training, and other necessary things to work on before they begin portraying their characters.

Christian Bale was seen arriving in Australia; he will join Halle Berry, Josh Brolin, Ben Affleck, Ryan Reynolds, and others as someone who has worked for both DC and Marvel. Fans were highly surprised when they heard about his recruitment, given the fact that he has confessed many times that he does not want to work in a superhero film. It will be interesting, though, seeing Bale and Hemsworth go head to head in a motion picture.

We will have to keep in mind that Christian Bale has portrayed Batman in two of the finest films ever made in a superhero genre (The Dark Knight and The Dark Knight Rises). What has also shocked the fans is the fact that he will be playing the antagonist character and his previous experience in that kind of role include films like American Psycho and The Machinist.

Well, ask any critic in the world, even if Christian Bale is at his 50 percent for the film, he will massively overshadow Chris Hemsworth’s performance.

In one of his previous statements, Bale had shown contempt for a contemporary superhero film and had gone as far as to say that he hasn’t seen any latest comic book film except Christopher Nolan’s films, which he has done and Christopher Reeve’s Superman films, which he likes.

Fans are now curious to know what changed Bale’s mind.

A recent report has suggested that he will possibly play the role of Dario Agger, a ruthless CEO of Roxxon Energy Corporation, who was the main villain in Jason Aaron’s version of Thor comics, which was the first-ever Marvel comic that showed Jane Foster lifting Thor’s hammer.

Since Natalie Portman’s inclusion and Jane Foster’s new incarnation has already been confirmed, we can assume that the upcoming film will draw heavy inspirations from Jason Aaron’s comics.

Academy Award winner for Black Swan, Natalie Portman will return to reprise her role of Jane Foster almost a decade after her last Marvel film Thor: The Dark World. In her last interview with Jimmy Fallon, she described the film as “silly, funny, and great” and enthused about her new opportunity of working for Marvel. She expressed her pleasure at being given a chance to act under Taika Waititi and said that she is quite happy to be included in the team.

“Thor: Love and Thunder” currently has a slotted release date of February the 11th, 2022. 2022 will be a great year for Marvel with its Phase 4 films lined up one after the other. Thor: Love and Thunder will be released amidst high-profile tentpoles like Doctor Strange in the Multiverse of Madness, Black Panther II, and Captain Marvel 2.

Source:-  “Thor: Love and Thunder”- Christian Bale Has Embarked on a New Journey 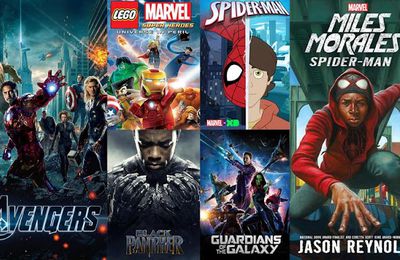 Fortnite: How to Use Wolverine’s Healing Power
The Irregular at Magic High School: Miyuki defeats Lina
Tite Kubo’s ‘Burn the Witch’ Is Good Enough to Stand on Its Own
Comment on this post
Newsletter
Follow me
Search
my blogs