The latest episode of The Irregular at Magic school is as action-packed as it can get. Tatsuya reveals the true identity of Angie Sirius by overwhelming her spell Parade. But he finds himself in a spot when Lina’s USNA agents outnumber him. Thankfully a surprise intervention saves him and helps him get some crucial information on the origins of the parasites and the vampires.

Tatsuya and Lina do not necessarily hate each other. They are more like frenemies, and as their rivalry grows, they do wish to defeat one another, but neither of them intends to kill the other. They are both chasing their goals, and despite being enemies, they are doing whatever they can to keep their essential secrets. Shizuku finally finds some harrowing facts about the origins of the parasites while Tatsuya shares some of the newly learned insights with his classmates.

When the fight between Lina and Tatsuya intensifies, she somehow hurts him, but Tatsuya is quick to respond and throws something that appears to be like a grenade to blind her in order to buy some time. He does not wish that Lina gets to know of his superhuman abilities, so while she is blinded, he uses the time to heal himself quickly. He then pins her, but she calls for help. The Star agents, outnumber Tatsuya and Lina, realize that this is ideal for finishing him off. However, Miyuki has other plans. She freezes every one of the Stars using a magic attack. 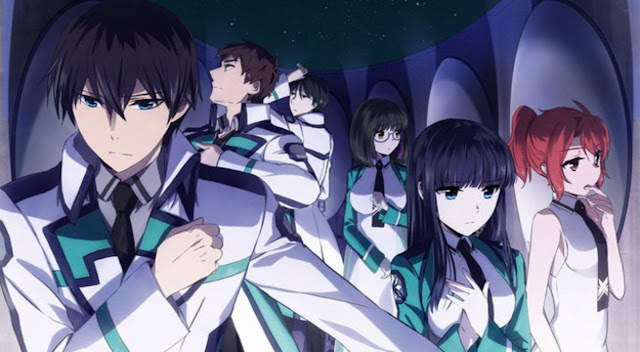 Tatsuya requests Lina for a one-on-one fight with her with no interruptions. The conditions are simple, if Tatsuya wins, Lina will have to answer his questions, and if Lina wins, she is free to go. Lina knows that she is in a spot and has no other option but to compete to prove her abilities. But it turns out Miyuki is still furious that Lina and her companions cornered his brother. She asks to fight Lina herself, and it turns out to be a titanic magical battle as Miyuki almost kills hers with her powerful magic. Thankfully, Tatsuya intervenes in time to protect her.

Lina accepts her defeat and provides some crucial intel to Tatsuya that can help hunt vampires. Shizuku, on the other hand, is doing his investigation in the United States using his connections there. He soon finds surprising news about the parasites. It appears that they first appeared after experimentation on the creation and elimination of black holes went out of control.

The parasites can bring out the dark desires in the hearts of the people whose bodies they infiltrate. Tatsuya tells Katsuto, Mayumi, Mikihiko, and Erika this crucial piece of insight to help them all with their investigation into the matter. Although, there are still many unanswered questions like Why do the vampires commit murder? Why are Parasites interested in changing human nature? We might soon get to know everything since Tatsuya placed a Transmitter on one of the vampires, which can help track the parasites.

It’s intriguing that Lina’s true identity was not revealed, and she did not even come to know that it was Tatsuya behind the Scorched Halloween incident. Tatsuya did not share Angie Sirius’s true identity, which means he does have some feelings for her. Even Lina feels the same way about him. She would love to get to know Miyuki and Tatsuya, but her ego gets in her way.

It would be interesting to see where the story goes from here. Both Lina and Tatsuya seem to be destined to work with each other. But for now, they are going to be frenemies. Then there are the secrets that will soon be revealed, which will solve some of the biggest mysteries. If the current direction of the investigations is any sign, we just might get to know the real purpose of the parasites and, more importantly, where they come from; however, we will have to wait for now to get answers. The upcoming episodes are bound to be one of the most interesting ones of this season. How to Fix AirPods not Connecting to Mac Issue?
Best Sandbox Games for Android
“Thor: Love and Thunder”- Christian Bale Has Embarked on a New Journey
Comment on this post
Newsletter
Follow me
Search
my blogs