Sony’s PlayStation 5: All You Need to Know

Sony’s PlayStation 4 is a very popular  gaming  console; Sony sold more than 110 million units. And Sony’s next entry in its PlayStation line of gaming consoles is almost here. Yes, Sony is going to release the PlayStation 5. Here are all the necessary details related to the upcoming PS5.

Sony is going to launch a next-gen gaming console that will be known as PlayStation 5 or PS5. Sony will offer more powerful specs and fantastic space-age design.

Sony has revealed the design of the PS5. The console stands vertically, but it can be laid horizontally. It sports a black and white design that looks pretty cool and even matches the DualSense controller. The design of PS5 indicates that Sony will launch two versions of PS5, the standard console, and the other one will be a slimmer Digital Edition that will remove the optical drive. 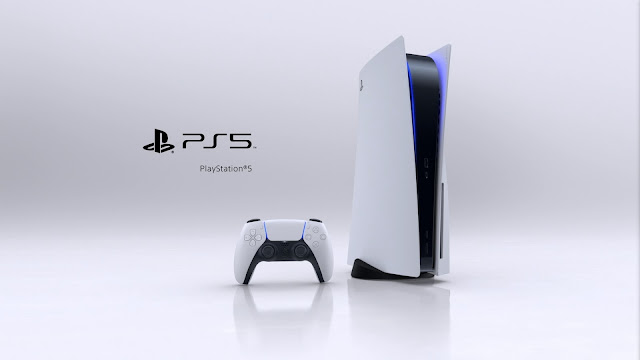 PS5 will come with a detailed button menu system that will give users immediate access to the friend lists, audio controls, and more. The menu will offer you a set of cards that will shortcut users to a particular level or an adventure within a game. Users can use these cards to see the progress, various tutorials, tips and tricks, and more. You can even view the cards in a picture-by-picture mode. It will even let you join voice chats, join the game, and view the streams of other users.

PS5 will come with an upgraded 3.5GHz CPU in the form of AMD Zen 2 that will provide significant performance gains compared to PS4’s 1.6GHz CPU. PS5 will be upgraded to AMD RDNA 2 GPU that will be a solid upgrade over PS4’S custom GCN GPU. Additionally, it will offer 16GB of RAM, 16GB of internal storage, an NVMe SSD slot, support for USB HDD, along with 448GB/s bandwidth, and 4K UHD Blu-ray optical drive.

PS5 will support almost all the PS4’S games, but you won’t be able to play PS1, PS2, and PS3 games unless they are ported to PS4. Here are some of the titles that you can expect on PS5.

Sony has decided to launch the PlayStation 5 on November 12, 2020, in the United States of America and a few other selected markets. And after a week that is on November 19, Sony will release it in other major markets. The regular edition of PS5 will cost $499, and the Digital Edition will be available for $399.

The pre-orders for PS5 was launched on September 17, and it’s currently sold out as there were very limited quantities. So this is all we had to share with you about the upcoming PS5; however, you can follow Sony’s official page on Twitter to get the latest updates. Thank you!

Source:-  Sony’s PlayStation 5: All You Need to Know These Are the Best Gifts for Someone Who Loves Gaming
Categories