Schitt’s Creek feels refreshing, unique, and smart in its approach to comedy. This Canadian gem of a sitcom became a hit by its sixth and final season that aired in April this year. Now that we have bid a final goodbye to the series, you might be wondering about the next shows to binge-watch. We have listed down some of the shows that are similar to Schitt’s Creek and will give you a similar vibe.

The show is centered around Michael Bluth, who finds himself forced to stay in Orange County to run the family estate business after his father is sent to jail for committing white-collar crime. He tries to juggle the family’s wants and needs while trying to be a good role model for his teenage son. 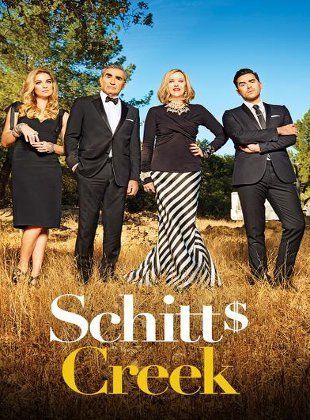 The show follows the misadventures of a Korean-Canadian family who run a convenience store. The story is funny and heartfelt and explores a diversification of culture that seems very genuine.

The show follows the lives of two women, Grace and Frankie, who try to cope with the circumstances after finding out that their husbands are not just working partners but also have been romantically involved for the last twenty years.

The show revolves around Kimmy Schmidt, who decides to move to New York City to have an everyday life after being rescued from an underground bunker. Although she faces many obstacles, Kimmy makes the best of her new life while adapting to the modern world.

Shameless revolves around the story of a family of six kids and their drunk father. Fiona, the eldest daughter, has to raise the family on her own. Due to the lack of food and other means, they end up stealing food and money to survive, which the father snatches away for his own pleasures.

The show revolves around an 18-year-old autistic boy, Sam, who decides to find himself a girlfriend. This journey sets Sam’s mom on her own life-changing journey as Sam tries to seek independence. It is a coming-of-age story about love and independence.

The show revolves around Jimmy who becomes a single parent to an infant after having a one-night stand with the mother who later ends up on death row.

This Canadian drama show follows the lives of a group of four working mothers who try to balance their family life, jobs, and love life in Toronto. They try to face all the good and bad with grace and humor.

The show revolves around Leslie Knope, a mid-level bureaucrat who tries to beautify her town by helping a local nurse, Ann Perkins, and turn an abandoned construction site into a community park. However, the project is stymied at every turn.

Schitt’s Creek made history at the 2020 Emmy Awards by winning all seven categories in the comedy series and becoming the first comedy series to win all four main acting awards. And here is our concluded list of shows that you can watch if you love comedy-family drama shows like Schitt’s Creek.

Source:-   Shows to Watch If You Like ‘Schitt’s Creek’ These Are the Best Manchester Based Movies You Can Watch Today
Monster Slaying Manga from Shonen Jump That You Should Try
Stray: The New Cat Adventure Game on PS5 Announces New Story & Gameplay Mechanics
Comment on this post
Newsletter
Follow me
Search
my blogs