It was looking like the fourth installment in the Vin Diesel starrer Riddick franchise had plunged into the darkness of uncertainty, and even the reports of it finally going into the productions in the year 2020 turned out to be nothing more than a false dream.

The project, now titled “Riddick: Furya,” was reported to be still in the scripting stage in the peak pandemic months. Then a report came out that suggested that the script is nearing completion; however, due to the pandemic, any plans to begin shooting this year seems like a distant plausibility. Many voices on social media have also suggested that the creators’ wish to increase the popularity of Riddick might also be the reason that the film production is on halt right now.

However, there is a faint whisper arousing from somewhere that the development of Riddick: Furya is now moving forward with pace. Vin Diesel had confirmed in May that the Riddick 4: Furya is going into the productions soon. 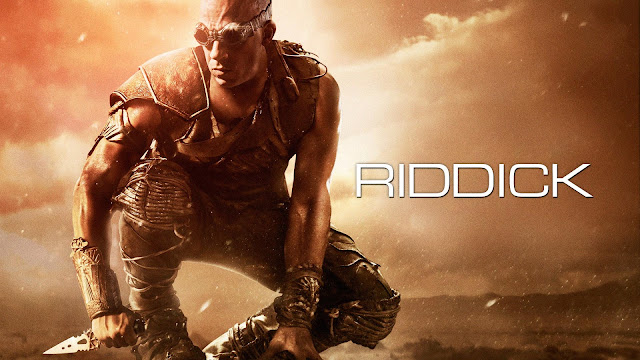 According to a trusted source, Riddick 4 production team will apparently hit the grounds running, but the major details about the film are still under wraps. The studio, which is overseeing the development of Riddick, is Universal, which is also producing the next Fast & Furious film, so to keep its hero Vin Diesel happy, I reckon Universal will speed things up. The source has also confirmed that Karl Urban will return to reprise his antagonist role of Vaako, which he had nailed in 2013.

The saga of Riddick had started from the year 2000 when the film “Pitch Black” was released. The underwhelming film was then turned into a full-scale blockbuster with the 2004 film “Chronicles of Riddick.” The 2013 film Riddick brought back Vin Diesel to play the titular role again. A lot of other related products are there in the market that tells us that there is an audience that loves the character and the world he resides in.

If you are familiar with the Riddick universe, you would know that the fourth film of the Riddick franchise will take the hero back to his home soil. However, the plot details and the structure of the story are unknown for the time being.

We have to remind ourselves that there is no official statement from the studio for now, and all we hear now are flying whispers. We might have to wait for a while before we can ascertain ‘what’s,’ ‘whys,’ and ‘hows’ of the project. But, there is some positivity in the fans fraternity as they think that the momentum that has been built in the past couple of months means that something is surely about to give.

The Riddick film starred Vin Diesel in the titular role, Karl Urban as Vaako, Katee Sackhoff as Dahl, and Dave Bautista as Diaz.

Even if the movie is entering productions, be prepared to wait for another one or two years as the production operations are not running smoothly for any film. How to Watch the Oscar-Winning Movie “Parasite” Online?
Mac: Enable the Root User
These Are the Best House Hunting Apps Available for Android
Comment on this post
Newsletter
Follow me
Search
my blogs