The fall update for Animal Crossing: New Horizons has gone live now. The purpose of the update was to introduce a Halloween event in the game, and now when the update is live, the players can grow pumpkins, collect candy, do Halloween decorations with pumpkins and wear scary Halloween costumes in the game. Amazing, right? However, with the release of this new update, Nintendo has also removed some hacked items from the game.

With the new update, Nintendo has removed Harv’s fence and many other hacked items from the game. So, if you are someone who has decorated his island with these items, then all your items have been removed now thanks to the new fall update for Animal Crossing: New Horizons. For a long time, Harv’s fence was the most popular hacked item in Animal Crossing: New Horizons. Officially it was never meant to be accessible by the players. However, few hackers made that possible (made Harv’s fence accessible) and started selling stacks to the players in the game. But not anymore, thanks to Nintendo. 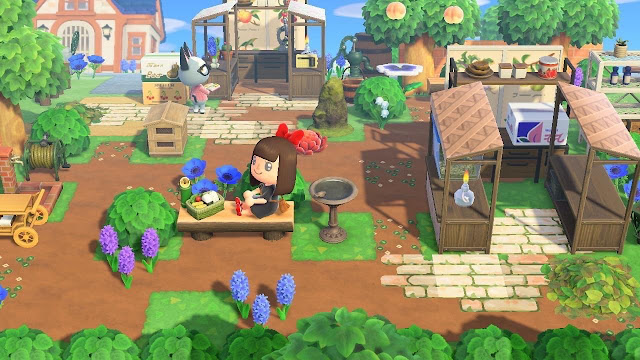 Although items like Harv’s fence never gave any advantage to the players in the game, these items are still popular among the players in the game. However, you can still keep these items on your island only if you don’t update the game.  But you will not be able to participate in the Halloween event, which means you can’t grow pumpkins, do Halloween decoration, collect candy, etc. in the game. It appears that Nintendo is all set to remove all the hacked items from the game, and it might just be a matter of time when these items become history.

Additionally, some players have been reporting problems/issues with the game’s villager posters after the new fall update. Many players are saying that after updating the game, they are unable to access/purchase posters (villager posters) from the catalog in the game.  What does this mean?  It means you can no longer buy posters for yourself from the catalog in the game.

However, it’s worth mentioning that Nintendo is all set to bring back Animal Crossing amiibo cards/Animal Crossing cards for the players. These cards come with a price tag of $ 5.99 and will allow players to collect villager posters in the game. Coincidence? Well, we don’t think so.

With the fall update now, players can now grow pumpkins, do Halloween decorations, collect candies, wear Halloween costumes in the game. But some players are not that happy with the update because it has removed many hacked items from Animal Crossing: New Horizons.  Besides this, it appears to us that Nintendo might be gearing up to remove all the other items from the game too. But will it really happen? Well, only time will tell whether this happens or not. How to Connect 2 Pairs of AirPods to One Mobile Simultaneously
The 100 Recap: Crucial Instances When Clarke and Bellamy Teamed Up
No Demo for FIFA 21, Still There Is a Lot to Wait for
Comment on this post
Newsletter
Follow me
Search
my blogs