“Emily in Paris” is an Awful Show

Even though the creator has created some overrated pop culture stuff like “Younger”, Emily in Paris was just an unwatchable show.

“Emily in Paris” is currently in the top 10 charts of Netflix’s most watched content this week. However, it makes you question the authenticity of the chart or the likes of people in general. The half-hour long comedy-drama offers you nothing but attractive people doing attractive things which may entertain you for a while if you like escaping your prosaic life. But, then again, this is not the type of content that should be there in the top 10 of any charts in the world other than the one that goes something like “Top 10 Pretentious Shows of All Time.” 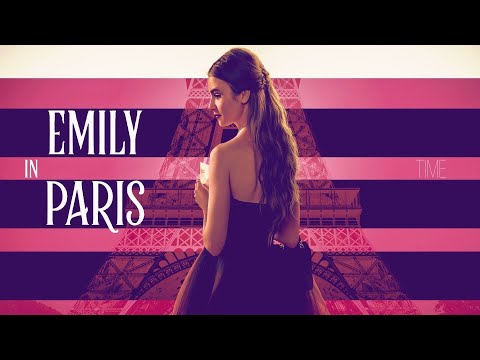 I reckon that “Younger” got much more praise than it actually deserved. However, you have to agree that the above-mentioned series had the wit and charm to get you through with it. But, “Emily in Paris,” well, it was just a polychromatic waste of time.

“Emily in Paris” is an escapist genre scripted show consisting of ten half-hour episodes which is run by lively and jubilant Lily Collins’ character Emily and though she should not be blamed for the negative critical responses that the show is getting (the concept is terrible), she hasn’t done anything brilliant either. She has given just about an okay-okay performance.

The show starts with Emily’s friend (Kate Walsh) giving up a job opportunity in Paris because she is pregnant. Emily, who has been introduced to us as a marketing expert, arrives at a high-profile company in Paris and takes everything by storm. Even though the show relays the story of a corporate world and people are supposed to be smart there, each and every character on the show is nothing short of a glamorous supermodel.

Just barely mentioning harassment, gender, and bold female arguments do not make a show feminist. The fact that all the problems Emily ever faced in her new company was related to her being American and her lack of understanding of the French culture takes the show far away from a well-accepted idea of feminism. Feminism is a serious issue in the modern world, so before venturing into such a domain, the creator should have done some proper research.

In very simple terms, none of the corporate world’s strong women acts in a way that Emily does on the show.

The worst aspect of the show is the fact that we see a story from the eyes of a social media influencer. I mean, really? And in the end, she did not even adapt to the Parisian culture at all as it is pointed out by a very talented critic Joshua Rivera for Verge.

Emily, a social media influencer, now spends most of her time working. By working, I mean that she is selling. She is just helping brands get bigger, not the actual people who need help in their success. It isn’t a hero’s journey. She is not my hero.

Source:-  “Emily in Paris” is an Awful Show This Is Us Season 5: All the Details We Have
Categories