Login + Create my blog
entertainment, show, This Is Us, Season 5

Created by Dan Fogelman, This Is Us is a highly admired American romantic family drama that premiered on NBC (National Broadcasting Company) on September 20, 2016. The show has been one of the most dramatic mainstays on NBC. And after the season 4 finale, which aired on March 2, 2020, the viewers have been waiting for the next season since what feels like forever. The series spans through the lives of two parents and their awe-inspiring three children, struggling in different time frames. Here are all the key facts, tidbits from cast members, and other important information about what to expect from This Is Us season 5 episodes.

This Is Us Season 5 Release Date

The good news here is that season 5 of This Is Us is all set to roll out on October 27, 2020, which was originally scheduled to premiere on November 10, 2020. The news is sort of unusual for a show going through production in the time of COVID-19. However, the season-opener has been announced to kick start with a two hours long episode and is expected to maintain the show’s usual 9 p.m.

Fogelman took to social media, sharing a picture of mask-wearing and socially distanced Milo Ventimiglia (Jack) and Mandy More (Rebecca) confirming, “We are back.”  It is clearly understood that viewers are going to watch Pearsons’ struggling with COVID, making it more realistic and interesting. Fogelman announced on Twitter that the show is also going to address issues like Black Lives Matter while maintaining the essence of the show.

This Is Us Season 5 Cast

Viewers will be watching all the staples of the show returning for season 5. The familiar faces include Sterling K. Brown as Randall, Chrissy Metz as Kate, Justin Hartley as Kevin, Milo Ventimiglia as Jack, and Mandy Moore as Rebecca. Just how season 4 introduced many new characters, season 5 is also expected to bring in exciting newcomers. Let’s see who is joining this season.

Does the Show Expect Other Seasons as Well?

While season 3 of This Is Us was airing, the executive producer, Isaac Aptaker revealed that he envisioned three more seasons of the show. That means season 5 is possibly the second last of the show, although NBC has not confirmed it officially yet. It’s possible that this could be the penultimate season of the show.

Season 5 Will Be About “New Beginnings”

Fogelman mentioned after the season 4 finale that “Birth and Rebirth” should be the theme for next season. He also hinted that the storyline might shift from the hands of Big Three to some other characters. So be ready, you might come across less of the jack-centric storyline in season 5.

There Will Be a Focus on Rebecca’s Past

This season is expected to be more about Rebecca and Miguel’s budding relationship. Also, the viewers might come across a challenged Pearsons’ matriarch, as suggested by Fogelman.

A Darker Period for Kate Is Likely

In a conversation between Chrissy and Fogelman, they spilled that viewers might explore some more secrets of Kate’s past in season 5. And what viewers will see will be difficult. Chrissy also teased that the story will come down to the struggles of how Kate has shaped into an adult woman that viewers don’t know yet.

How To Watch This Is Us Season 5.

In case you miss the first airing of season 5, you can watch it via NBC’s on-demand feature 24 hours after they air. The show will also be streaming on NBC’s official website from where you can download the episodes as well. Also, Hulu subscribers can stream the episodes the day after they air on NBC.

We are sure that the fans are excited about season 5, so, let’s patiently give it another month, and enjoy what unfolds soon. 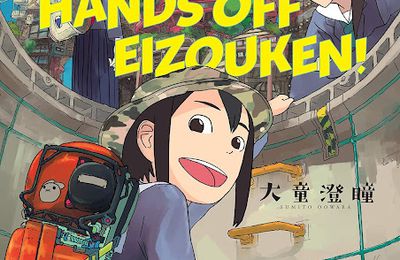 Game of Thrones: 5 Ways Cersei Is Different From the Books to the Show
Sonus Limited Edition Loudspeaker: All You Need to Know
The Great British Baking Show: All the Seasons Ranked
Comment on this post
Newsletter
Follow me
Search
my blogs

“Emily in Paris” is an Awful Show
Categories