Money Heist is one of the most outstanding Spanish thrillers shows on Netflix. And the series aired its fourth season this year and ended with a cliffhanger. The maximum plot of the show is based on the fate of Professor.

Money Heist aka La casa de Papel (The House of Paper) is a Spanish crime drama TV show directed by Alex Pina. The series involved two long prepared heists, one is the Royal Mint of Spain, and another is the Bank of Spain. Filmmakers initially planned to create a short series of 15 episodes that aired on Spanish network Antena 3 on 2 May 2017. Later in the same year, the rights were bought by Netflix, and the series was cut into 22 shorter episodes and featured on the platform on 20 December 2017. The shooting of the show started in Madrid, Spain; and some parts of the show were filmed in Panama, Italy, and Thailand. The plot of the show has been told from the perspective of the character Tokyo played by actress Ursula Corbero. Along with Ursula, other characters like the protagonist Professor played by Alvaro Morte, Raquel Murillo played by Itziar Ituno, Nairobi played by Alba Flores, Denver by Jaime Lorente, Berlin by Pedro Alonso, Miguel Herran played the character of Rio, Monica Gazatambide by Esther Acebo and many more. 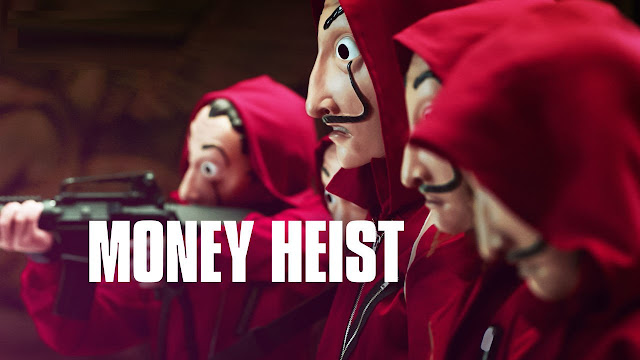 In season 4 that was featured on streaming platforms in the initial months of 2020 ended with Inspector Alicia Sierra finding out the location of The Professor. And cut to the scene where she pointed out the gun on Professor that left the audience in suspense whether she will expose Professor or Alica will also join the group or will she shoot the Professor.

The series of Money Heist conceived by the director Jesus Colmenar and screenwriter Alex Pina when they collaborated during some project in 2008, and after finishing their work on series of the Spanish prison drama Vis a vis (Locked Up), they left the studio of Globomedia to set up their own production company and named the company Vancouver Media in 2016. Pina and Colmenar considered their first series would be either a heist story or comedy. Pina planned that it would be a limited episodic show. The shooting of the series began in January 2017, and the narrative split into two parts for financial consideration. To decide the first five lines of the pilot the writer spent a month because they were not able to confirm whom to make the narrator, the Professor, or Moscow, then they choose the character of Tokyo as an unreliable narrator and provide people with a more fluid storyline.

Recently, there is news that the team will release season 5 that is Money Heist Season 5 soon. And fans are speculating whether Alicia will join the gang in the fifth season. And there are some theories regarding the plot: some might think that Alicia might shoot Professor or take him to the police or she might even join the heist group to take revenge from the police department.

There are possibilities that Alicia may join the robbers just as Inspector Lisbon did during the first heist. Because joining the gang will make her financially stable, and she could provide a good life to her baby. The above reasons increase the possibility that Alicia will not think much before changing her side from the department to the Professor’s gang. According to the sources, the production of the show is facing many delays due to the pandemic. Monet Heist Season 5 was planned to release in January 2021, though due to the production delays it postponed to April 2021. Fans can expect their favorite characters to appear in season 5 including Alvaro Morte, Ursula Corbero, Itziar Ituno, Pedro Alonso, Alba Flores, Jaime Lorente, Esther Acebo, Enrique Arce, and many more.

The casting of the first season started in 2016, and the team took a few months to cast all the actors. The casting directors Yolanda Serrano and Eva Leira were looking for empathetic robbers with believable family and love connections. The Professor was designed as a charismatic and shy villain who convinced the robber to join and follow him.

Money Heist is well received by Spanish Media; it promises audiences a well-dosed touch of humour and adrenaline and a lot of tension. On Rotten Tomatoes the show received an approval rating of 100% based on 12 reviews with an average rating of 7/10. Fans are very excited for the upcoming season, and speculating how the plot would turn out. The above is all about the next season of Money Heist Season 5; I hope you liked the article. 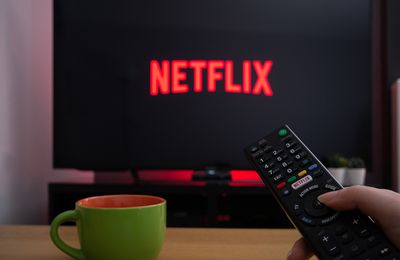 Sophia Loren and Her Son Returning With Netflix’s The Life Ahead
Microsoft Surface Hub 2S 85-Inch Review
Microsoft Announces Premonition, an Ambitious Project That Can Change the World
Comment on this post
Newsletter
Follow me
Search
my blogs

The New York Times Includes Keep Your Hands Off Eizouken! To The Top Shows in 2020 List
Categories