Recently, a Spider-Man fan created an art imagining Matthew McConaughey in the role of Norman Osborn. And the art gives an idea of what he will look like with Chitauri-style armor as Green Goblin in the upcoming Marvel Cinematic Universe Spider-Man movie.

The Green Goblin is the fictional supervillain featured in comic books published by Marvel Comics. The best-known incarnation, Norman Osborn, was created by Steve Ditko and Stan Lee. Green Goblin is considered to be the archenemy of superhero Spider-Man. He is initially manifested by chemically induced insanity. The character is a Halloween themed supervillain whose weapons resemble ghosts, bats, and jack-o’-lanterns. Historian and comics journalist Mike Conroy creates the character, Green Goblin, as one of the most terrifying and unhinged of all the Spider-Man villains. The first version was the evil alter-ego of Norman Osborn, but later the mantle was taken on by his son, Harry. 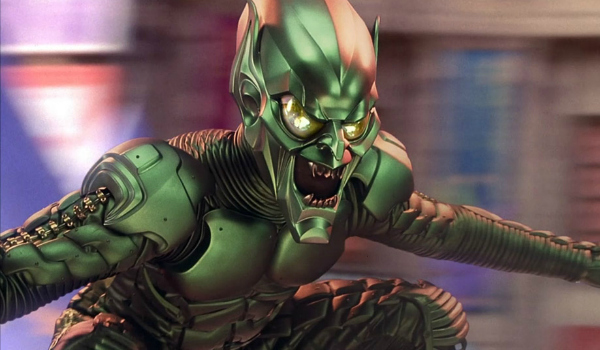 Green Goblin is always a popular choice of filmmakers on-screen. In the first film of the Spider-Man franchise, which Sam Raimi directed, the character was played by Willem Dafoe. Raimi’s second version of Spider-Man, the character of Harry Osborn, played by James Franco, took on the mantle. In The Amazing Spider-Man 2, Dane DeHaan appeared as the Green Goblin version of Harry Osborn. Now in the upcoming film of Spider-Man, which is a part of the Marvel Cinematic Universe, Tom Holland will play the title role of the movie, and fans are speculating the popular villain’s character in the film. The speculation has increased after the two sequels of the franchise as Spider-Man: Far From Home and Spider-Man: Homecoming featured classic villains, The Vulture and Mysterio.

A digital artist Jackson Caspersz has created a fan art that depicts Matthew McConaughey in the role of Green Goblin. Caspersz shared that he is inspired by an article in which McConaughey shared that he would like to play the iconic character’s role. Matthew David McConaughey is an American producer and Actor. He gained popularity for performing in the movie Dazed and Confused in 1993. And the biopic Dallas Buyers Club in 2013, where he played the character of Ron Woodroof, who was a cowboy diagnosed with AIDS, that helped him earn numerous awards and praise. He also won the Academy Award for Best Actor (Oscar) for the same movie. He was nominated for the Primetime Emmy Awards for Outstanding Lead Actor in Drama Series for the anthology series True Detective. McConaughey achieved popularity for various films, including Interstellar in 2014, The Sea of Trees in 2015, the Free State of Jones in 2016, The Dark Tower in 2017, and The Gentleman in 2019.

Besides, the art was very impressive and stylish; the depiction of Green Goblin was very accurately created. The Chitauri-style armor is impressively designed. Although the involvement of Matthew McConaughey is debatable and the studio has not yet mentioned or announced his name for the character. The idea of casting McConaughey as the cast of a supervillain is exciting for the fans too. He has the right blend of charisma and can easily pull off the role in a much more modern way than Dafoe’s character in 2002. Matthew will be the art of Spider-Man and MCU or not; that is a question to ask. But the fan art certainly presents an exciting idea for Holland’s Spider-Man. “Thor: Love and Thunder”- Christian Bale Has Embarked on a New Journey
The Top 4 Free PDF to Word Converter to Use In 2020
How to Use Email Templates in Gmail
Comment on this post
Newsletter
Follow me
Search
my blogs