These days online gaming is gaining attention and upsurge in the number of players every month. One can play single and multiplayer games online and go through an interactive battle with their friends or anyone playing online. The Player(s) versus Player(s) are also gaining popularity. It is shortly known as PvP games, and it refers to a type of multiplayer interactive conflict within a game between one versus one Player. With their rising popularity, the number of games available in this category has also increased. It might get difficult for you to find the best one that suits your interest. To eliminate your drill for finding the perfect game, we have listed some of the best online multiplayer games that will keep you seated on edge below: 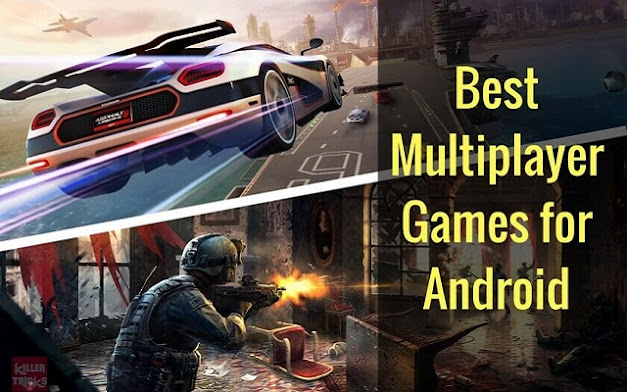 This game is filled with classic cult characters, asymmetrical gameplay, and more. It is an asymmetrical four vs. one multiplayer horror game in which one ruthless killer hunts down four survivors trying to evade a gruesome death. Players can take on the roles of either a Killer or Survivor. Since five players will be there in the same Killing Grounds, everyone will experience unexpected moments and unforgettable jump scares on every level. Players can customize their favorite characters with clothing items, full outfits, and accessories to fully express themselves and their unique personalities. Dead by Daylight is available on PC, console, and mobile.

Brawl Stars is a fast-paced 3v3 multiplayer and battle royale mode for your smartphone. You can create a team and out-strategize the opposing team. Collect and hold ten gems to win, but you’ll lose your gems if your character gets fragged. It requires you to show off your soccer skills and score two goals before the other team. There are no red cards here. The team that will achieve the most stars will win the match. You have to protect your team’s safety and try to crack open your opponents’. Use the map to sneak, blast, and blow your way to crack your enemies’ treasure. Collect unique skins and upgrade a variety of Brawlers with powerful super abilities, Star Powers, and gadgets.

Hearthstone is a game where you can experience the magic, mischief, and mayhem with your friends. As a beginner, you can start practicing against computer-controlled heroes, fierce competitors around the world in real-time PvP, and duel the strongest Heroes in the Warcraft universe. Jaina, Thrall, Uther, and Illidan are the legends you’ll find in this game. The fun introductory missions will bring you into the world of Hearthstone’s intuitive gameplay. With the new eight-player experience, you, along with seven other competitors, can take on the roles of familiar Heroes straight out of WoW history, craft powerful boards of recruited minions, and duel in this auto-battler until a single winner is crowned. Your Blizzard Account syncs to Hearthstone, allowing you to continue your game from both your mobile and desktop with ease.

Legends of Runeterra is the strategy card game where skill, creativity, and cleverness determine your success. You get to choose your champions and combine cards from different regions for building the perfect deck to take down the rest. This game is all about the choices you make and the risks you take. Every move matters and the outplays are reliant on you. It brings you dynamic and alternating gameplay so that you can always react and counter to your opponent’s move. You have to explore the epic regions to reveal hidden connections between the residents, dangers, and unusual creatures living there. As you win the battles, you will get powerful cards. Once a week, you’ll get the opportunity to unlock chests from vaults. These apps are available for free on the Google Play Store. Each of these games is highly-rated by the players and offers an incredible gaming experience. The picture quality makes it even better, and they lag the least of all the other similar games. Some Best Two-Factor Authenticator Apps for Android
Here’s How You Can Set Up Family Sharing Feature on iPhone, iPad, and Mac
Horror Movies That Reflect Society Today
Comment on this post
Newsletter
Follow me
Search
my blogs