The award winners from TCA have been announced while we are days away from the much-awaited Jimmy Kimmel hosted Emmy Awards. HBO shows have won half of the major honors.

It was the 36th Annual TCA award function in which they honored, as per custom, the best TV series, and programs in the 2019-20 season. The coming of age DC comics series Watchmen stole the night, bagging four out of eleven major awards.

A CBC fan-favorite sitcom “Schitt’s Creek” created by Dan Levy and Eugene Levy is the only other contender to have won more than one award; the Canadian series bagged two awards at TCA. 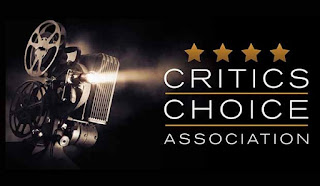 Beating Netflix by miles, HBO’s other hit shows “Succession” and “A Black Lady Sketch Show” also received their due recognition making it the winner of six among all major honors at TCA.

The winners were decided by voting in TCA’s network comprising more than 250 journalists across the United States and Canada.

“Watchmen” won the “Program of the Year” award, and a TCA announcement that honored the HBO series said that they have singled out Watchmen in recognition of the efforts done by the production team to carve their own legacy while also staying true to the original legendary DC source material.

TCA also bestowed “heritage” award upon Star Trek for the tenacity and endeavors of the production team to delineate present-day issues of bigotry, sexism, religion, politics, and human rights in a futuristic world of space wars while also sketching positive emotions of love, intrigue, and adventure. TCA’s announcement also acknowledged Star Trek’s inclusive approach to casting an African American in a leading role (the first one to do so).

The TCA also presented a career achievement award to tv icon Alex Trebek in recognition of his “unparalleled legacy as one of television’s most enduring and beloved personalities.”

The President of TCA, Sarah Rodman, who is also an editor at Entertainment Weekly, said about the 2019-20 season as something that mirrors reality outside. The content helped viewers reflect on tough times and also provided a “rabbit hole” to escape the noise and creepiness outside. DNS_PROBE_FINISHED_NXDOMAIN: How to Fix this Error Message
Guide to Set Up Your Xbox One Controller with Windows 10 PC
Here’s How You Can Set Safari as a Default Web Browser on a Mac
Comment on this post
Newsletter
Follow me
Search
my blogs

Game Awards 2020: Ghost of Tsushima Vs The Last of Us Part II
Categories